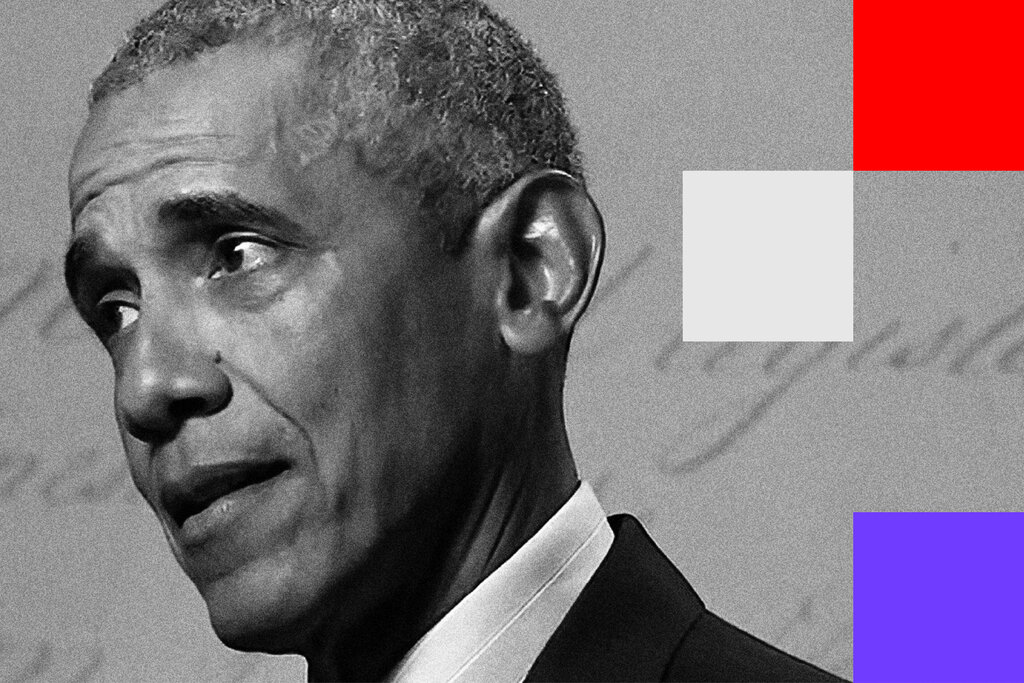 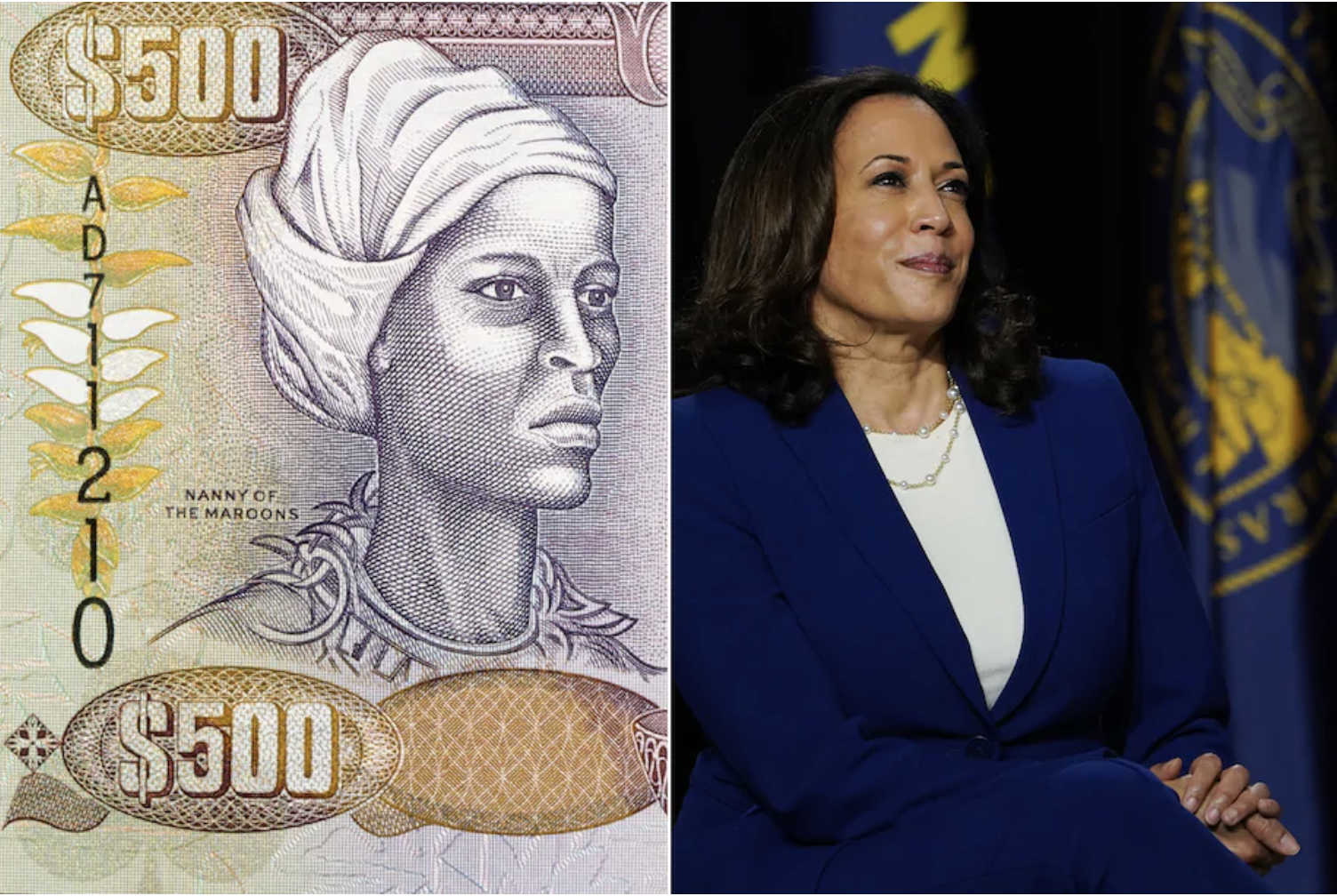 She was a warrior — the Harriet Tubman of Jamaica.
As Republicans question whether Democratic vice-presidential candidate Sen. Kamala D. Harris (Calif.), whose father was an immigrant from Jamaica and whose mother was an immigrant from India, is Black or even a descendant of enslaved Black people, they may want to consider the remarkable history of Nanny of the Maroons, a national hero in Jamaica.

Nanny, who appears on Jamaica’s $500 bill, was a fierce fighter who escaped slavery, freed more than 1,000 enslaved Black people from sugar plantations in Jamaica and waged a war, defeating the British during the First Maroon War from 1720 to 1739.

“She was a small, wiry woman with piercing eyes,” according to the Jamaica Information Service. “Her influence over the Maroons,” a rebel community of Black people who lived in the mountains of Jamaica, “was so strong, that it seemed to be supernatural and was said to be connected to her powers of Obeah. She was particularly skilled in organizing the guerrilla warfare carried out by the Eastern Maroons to keep away the British troops who attempted to penetrate the mountains to overpower them.”

Why Kamala Harris Matters to Me
Manisha Sinha, August 12, 2020, The New York Times 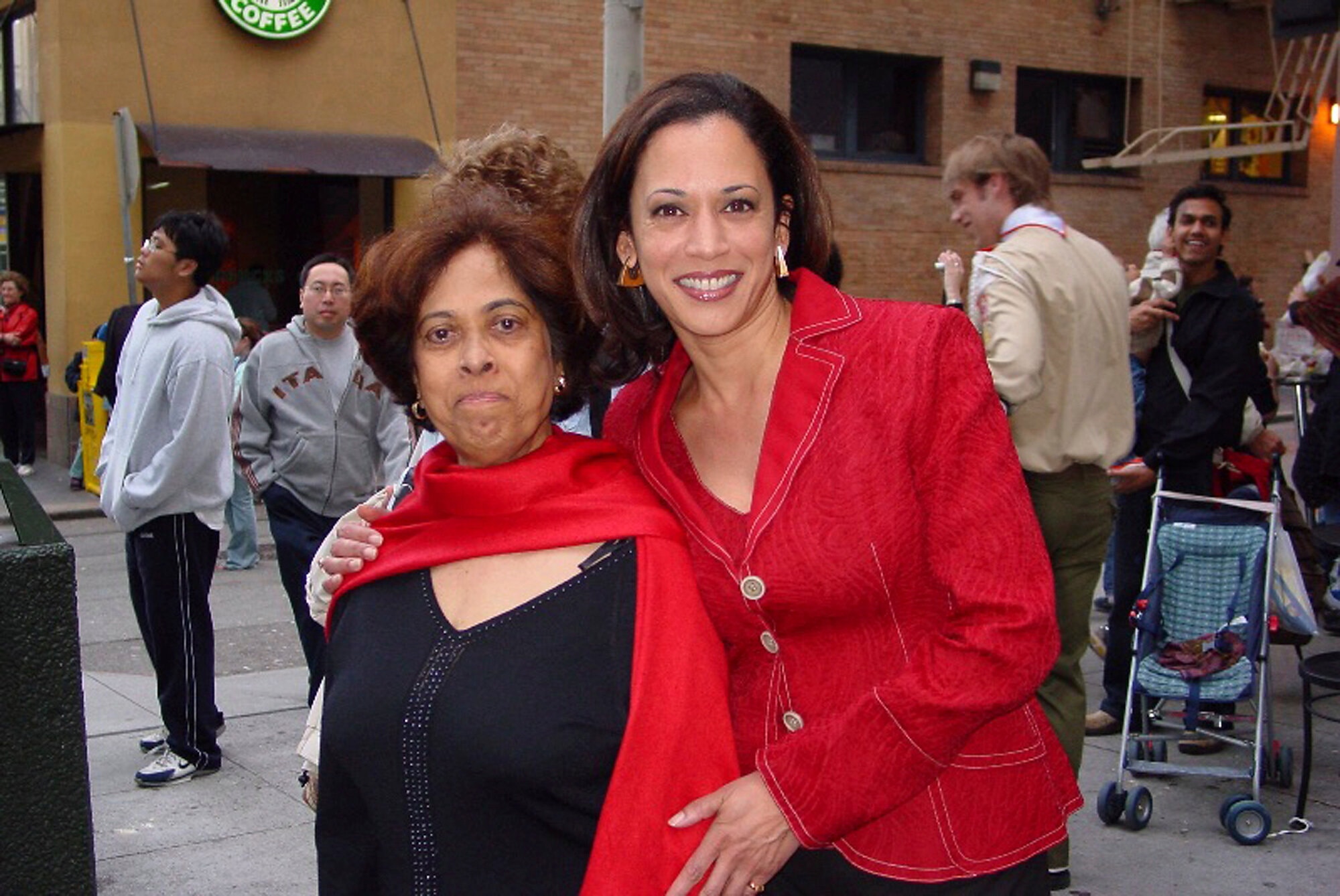 When I arrived in the United States in 1984, an Indian graduate student wanting to study African-American history, I was an anomaly. Most of my fellow South Asians were in STEM doctoral programs.

During the Reagan years, I supported the Rev. Jesse Jackson’s Rainbow Coalition and the Democratic Socialists of America in their attempt to push the Democratic Party and the United States to the left.

Still, I could have ill imagined that one day an African-American man would become the president or that a woman of Jamaican and Indian descent would be a candidate for the vice presidency.

After graduation, I interviewed across the country for college positions teaching early American history. I was asked over and over again why, as an Indian woman, I chose to study the history of slavery and the Civil War. 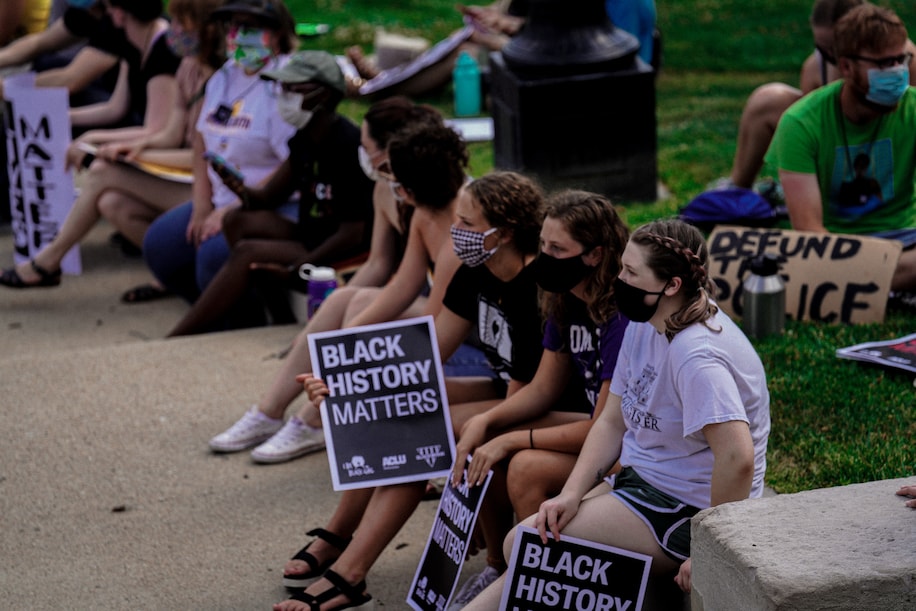 As he watched the protests over George Floyd’s killing sweep across America, 17-year-old Hussein Amuri thought about how most of the authors he read in English class — like most of the teachers at his high school in Winooski, Vt. — are White. In Belmont, Mass., Ikenna Ugbaja, also 17, recalled the large bell on the campus of his private, all-boys school — a bell once used to summon enslaved people on a Cuban sugar plantation.

And in Omaha, 18-year-old Vanessa Amoah thought about how her high school taught Black history like it was “a different thing” than American history. She — like Amuri, like Ugbaja — decided it was time for change. All three teenagers, although strangers, unaware of each other and separated by thousands of miles, launched campaigns demanding their schools teach more Black history, among several reforms meant to promote racial equity.
“The education system is where people form values other than what their parents have,” Amoah said. “George Floyd, Philando Castile — none of it would have happened if this country worked on proactively teaching anti-racist values.” 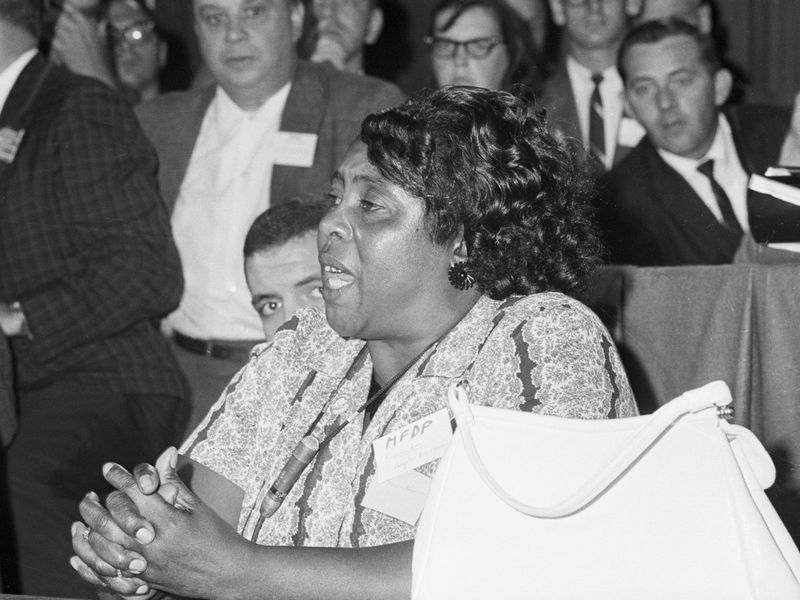 Like many African Americans living in the Jim Crow South, Fannie Lou Hamer was not aware she had voting rights. “I had never heard, until 1962, that black people could register and vote,” she once explained. The granddaughter of enslaved black people, Hamer was born in Montgomery County, Mississippi, in 1917. As the youngest of 20 children in a family of sharecroppers, she was forced to leave school during the sixth grade to help on the plantation. In 1925, when Hamer was only 8, she witnessed the lynching of a local sharecropper named Joe Pulliam who had dared to speak up for himself when local whites refused to pay him for his work. “I remember that until this day, and I won't forget it,” she admitted in a 1965 interview. By that point, Hamer had become a nationally recognized civil rights activist, boldly advocating for the right to political participation that black Americans had long been denied.

Pulliam’s lynching revealed the stringent conditions of the Jim Crow South. Black Americans were expected to be subordinate to whites, hardly valued for their labor and certainly not their intellect. On a daily basis, white Southerners told black Americans where to live, where to work and how to act. Transgressions could result in devastating consequences.

Why I won’t celebrate the centennial of the 19th Amendment
Martha S. Jones, August 18, 2020, The Forward

Mention to me that you’re celebrating the centennial of the 19th Amendment, and you might notice a slight cringe.

Don’t get me wrong. I’ve just finished a book about the history of Black women and the vote, so I am as interested as anyone in this anniversary and its significance to the nation’s past. But I cannot bring a spirit of celebration to the occasion. It just might get in the way of the story I have to tell.

August 1920 brought the ratification of the 19th Amendment to the United States Constitution, setting in place a prohibition against any consideration of sex when it came to voting rights. It was a sweeping revision that wiped away the words “men” and “male” from state laws that continued to limit ballot access to men only. After Tennessee ratified the Amendment — the 36th state to do so — women’s votes became a matter of constitutional concern, just as 50 years prior, ratification of the 15th Amendment had barred the states from using race as a prerequisite to voting rights. 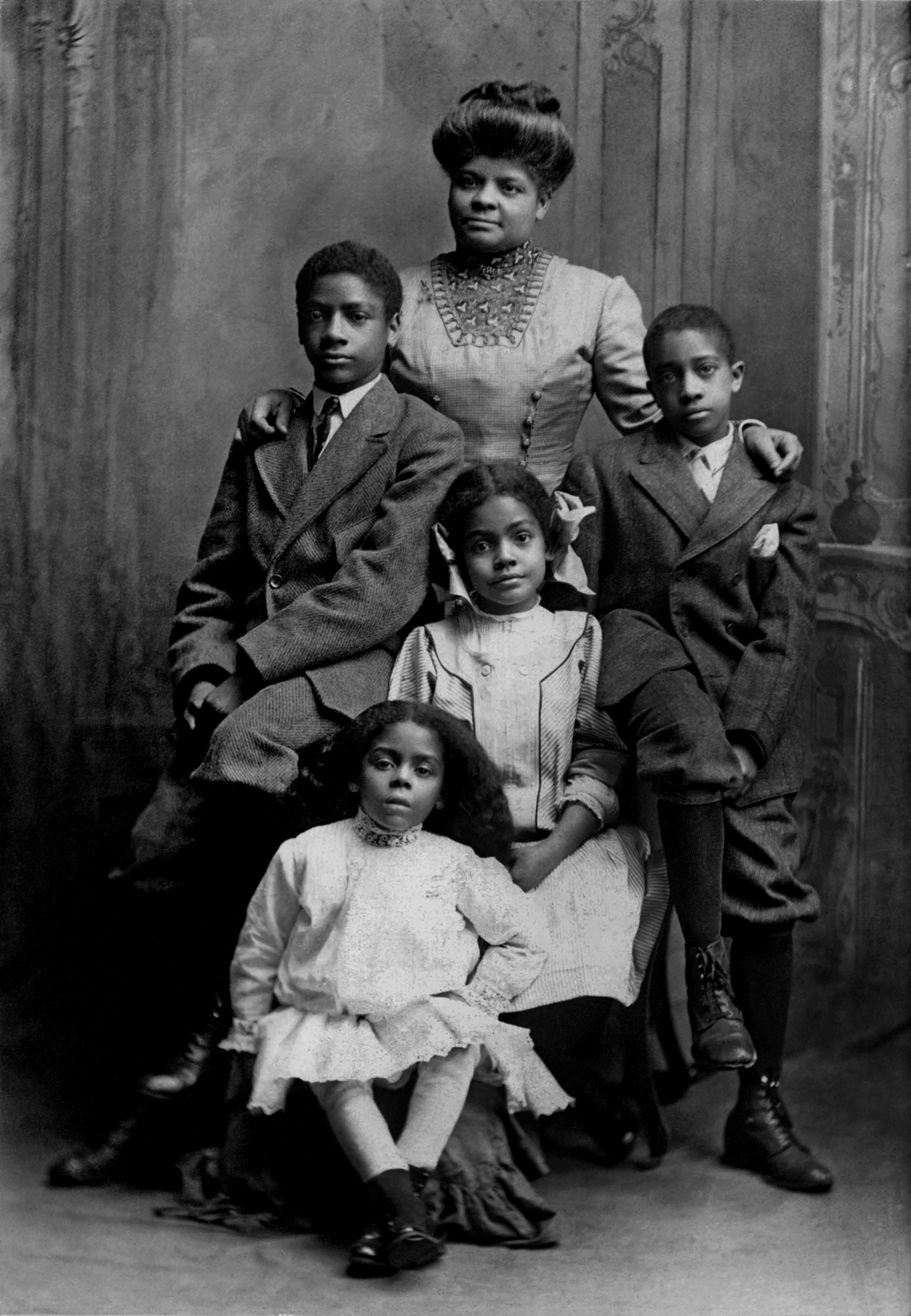 My great-grandmother Ida B. Wells was a suffragist. You probably have not heard her described this way before. She is most often honored for her journalism exposing lynchings in the South. To me, she is what great-grandmothers are to many: a teacher. From Ida, I learned that there is no end to a fight for justice. While most famous suffragists—Alice Paul, Carrie Chapman Catt—ended their fight in 1920, Ida did not. She continued to push for Black women’s voting access for the rest of her life, and taught me lessons that I take into my fight for suffrage. I, too, am a suffragist, because in 2020 many Americans still do not have access to the vote.

I grew up hearing about Ida’s willingness to speak up against injustice, inequality and indignity. About her refusal to be silenced, sidelined or marginalized. I heard about the time she wouldn’t go to the “colored car” on the Chesapeake, Ohio and Southwestern Railroad in 1884, and rather than leave the car, for which she had purchased a ticket, she was forced off. She promptly secured an attorney and sued the railroad. I heard about the time when, in 1892, three of her friends were lynched because they owned a grocery store that competed against a white-owned store, and she wrote about it so much in the Memphis Free Speech newspaper that her own life was threatened. She encouraged Black people to use what little power they had to protest, to boycott and ultimately to leave Memphis if they had the means to do so. She was not interested in being second in anything.

A 1,000 square foot mosaic of Ida B. Wells is being installed at Union Station in DC
Amanda Jackson, 19 August 2020, CNN 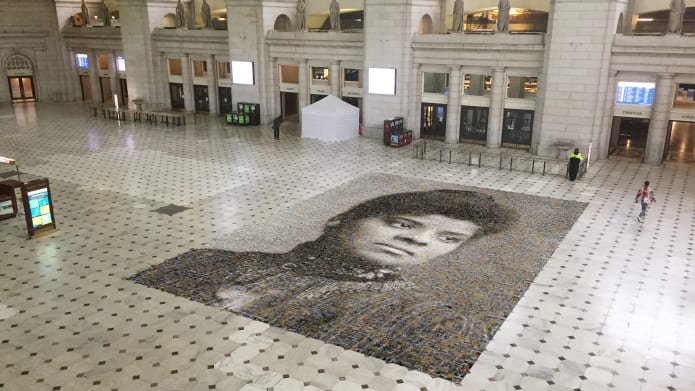 (CNN) — It's been 100 years since American women were granted the right to vote. To commemorate this milestone, a massive mosaic of suffragist and civil rights leader, Ida B. Wells, is being installed on the floor of Union Station in Washington DC.

But if you look closely, Wells isn't the only woman being honored. The portrait is comprised of thousands of historical photos featuring woman who fought for the right for women to vote, according to the Women's Suffrage Centennial Commission (WSCC).