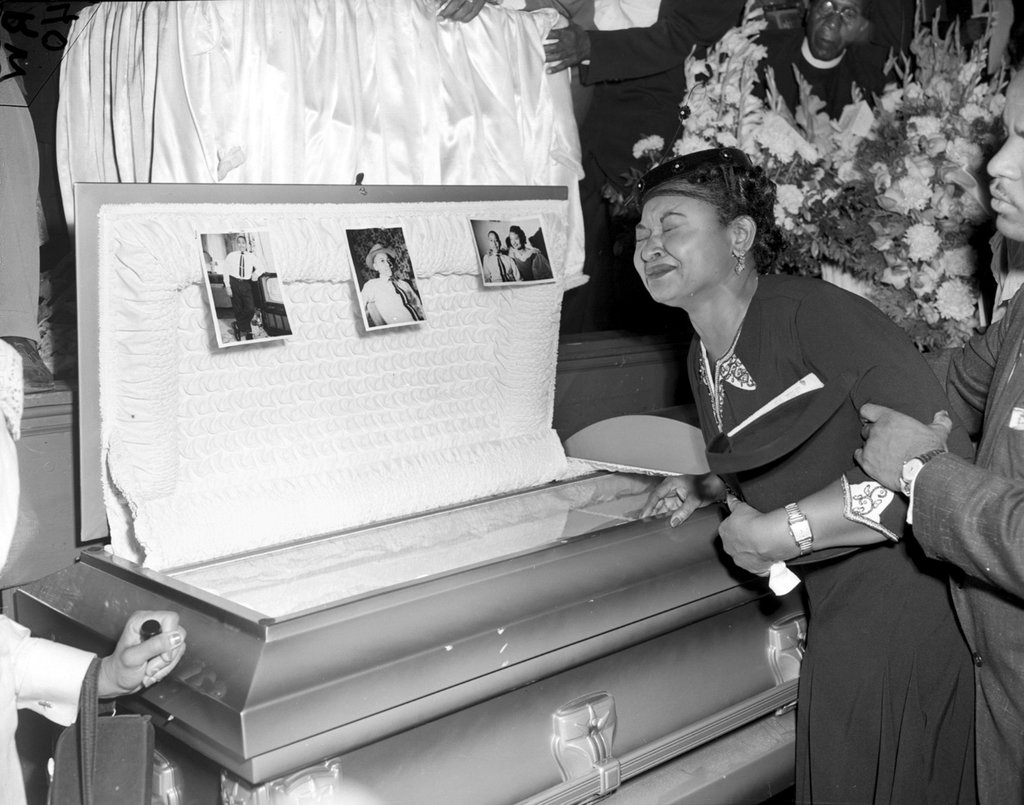 Though the white liberal imagination likes to feel temporarily bad
about black suffering, there really is no mode of empathy that can
replicate the daily strain of knowing that as a black person you
can be killed for simply being black. 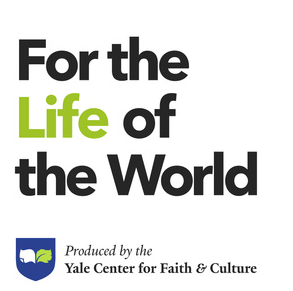 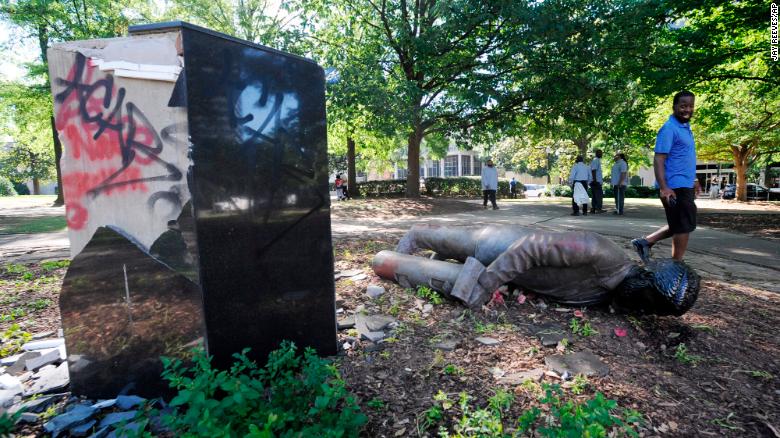 As many of America's cities burn and our democracy feels like it's unraveling, attacks on Confederate monuments in response to the death of George Floyd in Minneapolis may seem incongruous to those who believe that these protests are only about what happened there. Yet the uprisings in American cities since Floyd's death, and the vandalizing and tearing-down of statues dedicated to men who fought for the perpetuation of human slavery share a common foe: white supremacy.

From Richmond, Virginia, where the large equestrian statue of Robert E. Lee was marked with the words "No more white supremacy" and "Blood on your hands," to Oxford, Mississippi, where the statue of the common soldier that sits at the entrance to the University of Mississippi was tagged with the words "spiritual genocide," citizens are railing against systemic racism and accurately tying it to the legacy of white supremacy that these monuments represent. 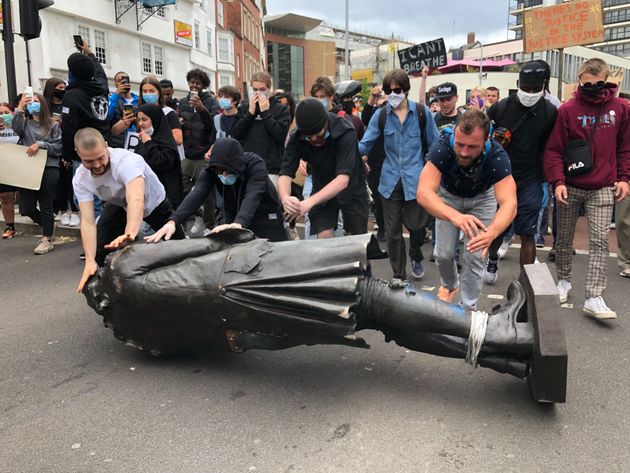 Black Lives Matter protesters in Bristol have torn down the controversial statue of a slave trader and rolled it into the River Avon, as thousands of people marched through the city in protest against police brutality following the death of George Floyd.

The memorial to Edward Colston, who made his fortune in the slave trade in the 1600s, has stood in the city since 1895 but in recent years has been the subject of a number of petitions – the most recent of which has garnered more than 10,000 signatures.

On Sunday demonstrators took matter into their own hands, tying a rope around the head of the statue – which had previously been covered in a black shroud for the march – and pulling it to the ground.

It was then rolled from the city centre and dumped unceremoniously into Bristol’s harbour – almost exactly at the point where Edward Colston’s ships would have once left for West Africa. 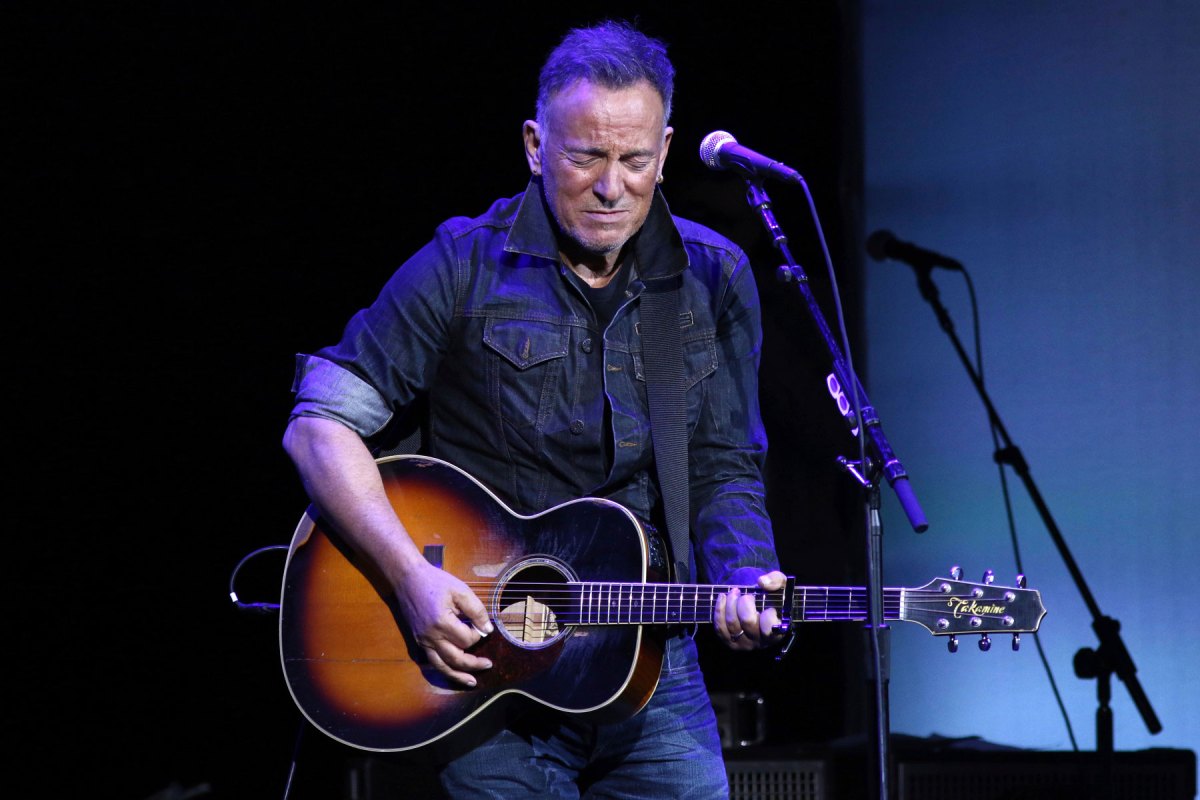 Bruce Springsteen took to the SiriusXM airwaves on Wednesday morning to play songs as part of his ongoing Bruce Springsteen — From His Home to Yours series on E Street Radio and reflect on the protest movement that has erupted all across America in the aftermath of George Floyd’s death. The songs he picked throughout the two-hour broadcast were all about political protest and racial injustice.

He began the show with his 2000 song “41 Shots (American Skin),” which he wrote about the death of unarmed Guinean immigrant Amadou Diallo at the hands of the New York Police Department.

“Eight minutes,” Springsteen said. “That song is almost eight minutes long. That’s how long it took George Floyd to die with a Minneapolis officer’s knee buried into his neck. That’s a long time. That’s how long he begged for help and said he couldn’t breathe. The arresting officer’s response was nothing but silence and weight. Then he had no pulse. And still it went on…May he rest in peace.” 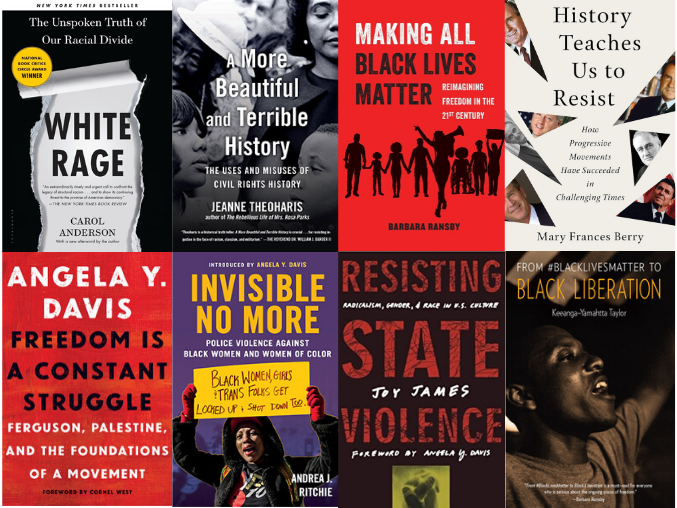 The recent uprisings across the nation have brought to the surface a myriad of social issues many Americans have long tried to ignore. While the police killings of George Floyd and Breonna Thomas have sparked recent protests, activists are confronting longstanding underlying problems that have plagued American society for centuries.

The rampant police violence targeting Black people across the country is one of the many manifestations of white supremacy—a persistent issue that shaped the very foundations of the United States. In this moment, Americans of all walks of life must confront this tragic and painful history if we ever hope to overcome racism and inequality.

Understanding how the past informs the present—and the future—is vital in the struggle for Black rights and freedom.

While there is an abundance of books to read at this moment, I recommend these eight books, all written by women, which have shaped my own thinking on race, politics and activism. They each grapple with the current challenges we are facing as a nation and offer solutions and strategies for how we might build a more just and equal society. And in this moment of pain and despair, they may even offer some hope.