TAKE YOUR FREEDOM: A Play About Slavery Pushes Boundaries in a New York Prison
Alice Speri, February 22 2020, The Intercept 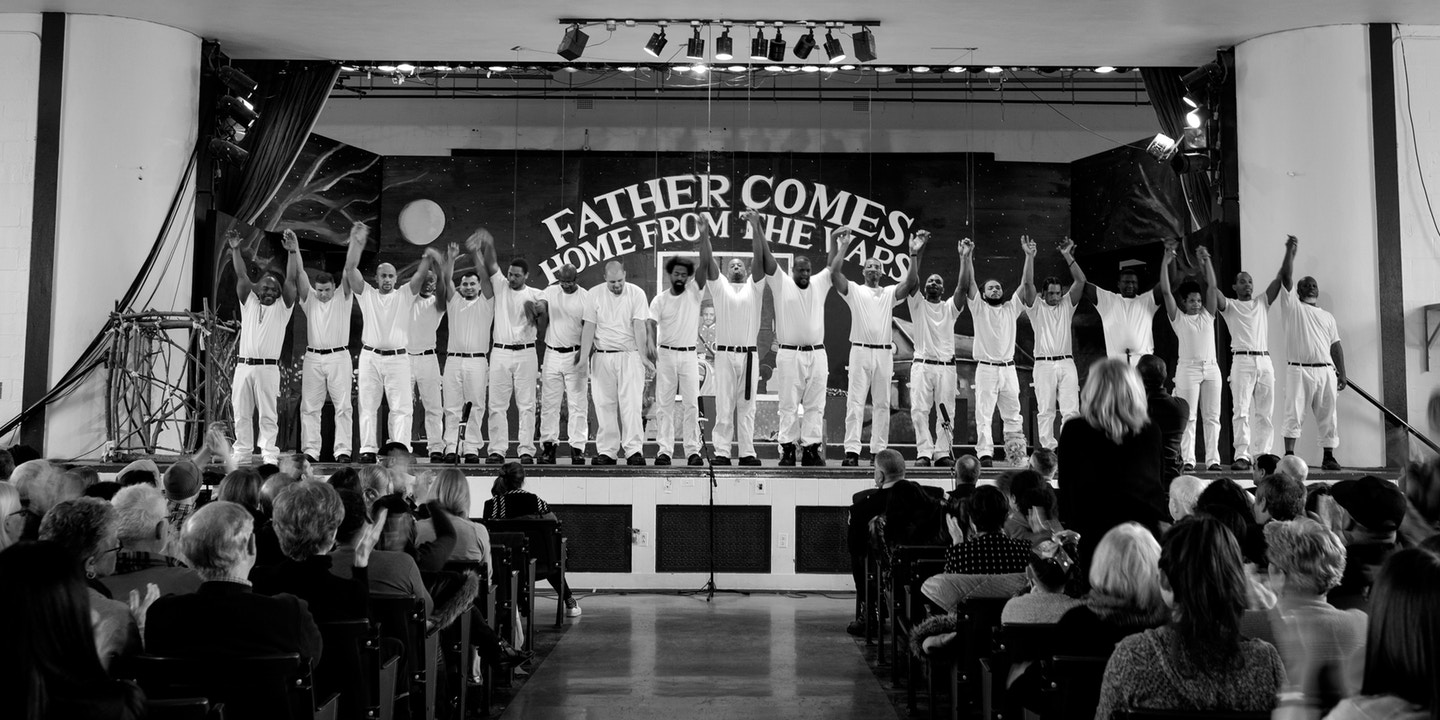 A group of families and New York state officials gathered on a workday morning last month for a theatrical performance of a historical drama about slavery and human freedom. But it was an unusual setting for a play, especially for one pondering the question of liberation, because the stage was deep inside a maximum-security prison, and the actors were a group of incarcerated men, many of whom still face decades behind bars.

At the end of the play, the two-dozen cast members lined up at the front of the stage as one actor after the other removed their costumes: a simple, white T-shirt with the word “slave” or the character’s slave name written across the chest. Below the stage, in the first row, a group of suited senior corrections officials looked on uncomfortably.

Then the audience, officials included, broke into a standing ovation. The cast, someone announced, would be allowed offstage for a few minutes to greet their families, and for a brief, chaotic moment, the actors rushed into the auditorium to tearfully hug their mothers, wives, and children as a group of guards stood close by watching. Then the men grouped back on stage to be counted, searched, and escorted back to their cells. 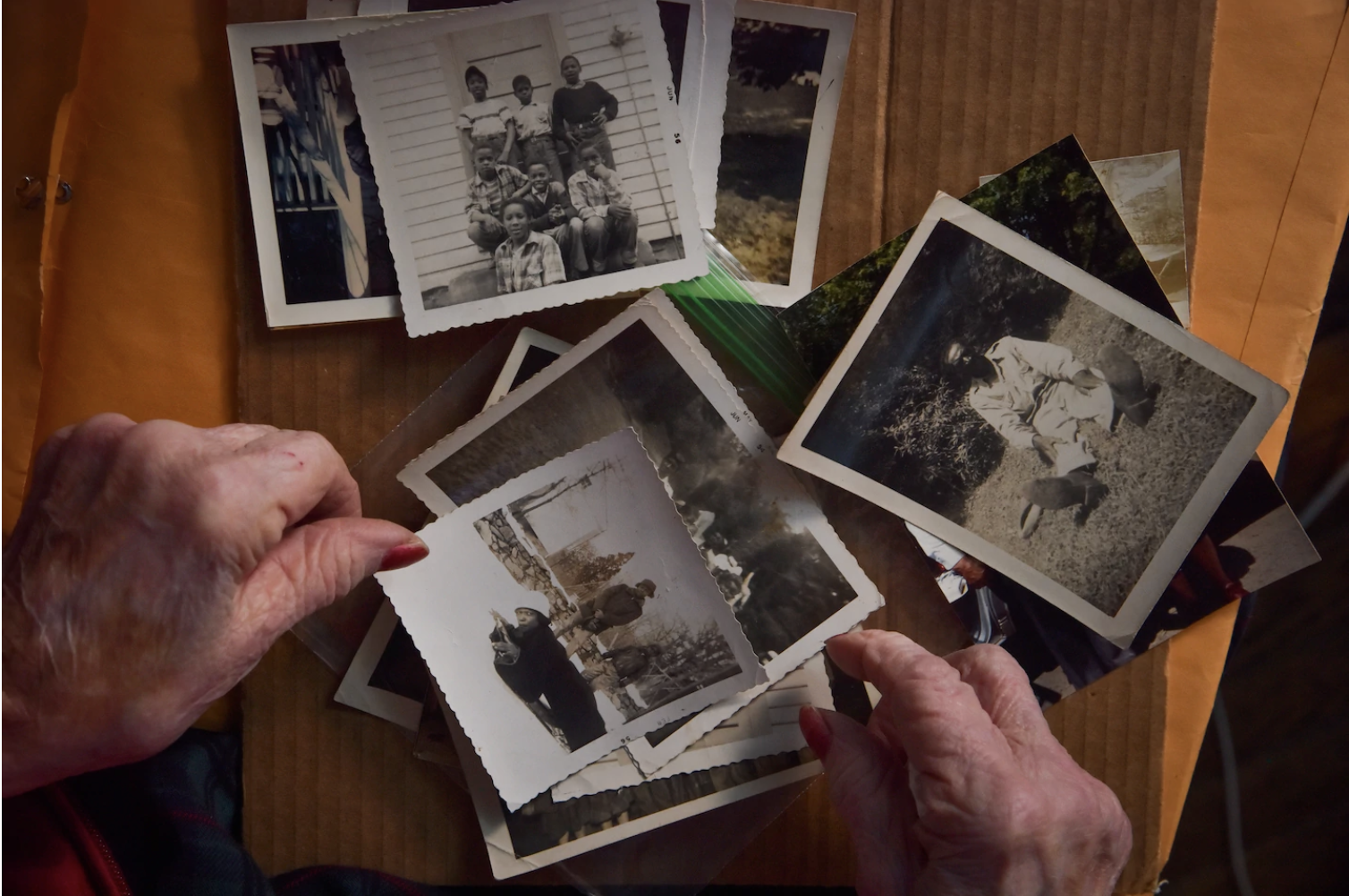 The two-room schoolhouse sat deep in rural Virginia in 1956, at the height of segregation. The temperature dwindled to single digits.

Ethel Rae Stewart Smith, who taught two dozen black children in that schoolhouse, had run out of coal for the potbelly stove. She thought back to a visit, years earlier, from the white superintendent, Oscar Emerick. She recalled his promise: “If you need anything,” he had said, surveying her school, “don’t fail to let me know.”

She reached for a pen.

“Dear Mr. Emerick,” the 28-year-old teacher wrote, “please send some coal up right away. All we have left is dirt and that doesn’t half burn.”

Half a century later, Smith’s words have emerged through the discovery of more than 10,000 pages of records capturing the history of Loudoun County’s all-black, rural schoolhouses between the end of the Civil War and desegregation in the 1970s. The records, left to molder for decades in an abandoned building, include report cards, curriculums, class rosters, health and insurance records, photographs and faded maps.

Since 2016, an all-volunteer team of Loudoun residents, historians and high school students has sifted through the musty, dusty pages to distill an almost-lost history. The documents — unearthed by school officials acting on a tip — are probably the largest collection of black school records found anywhere in the nation, historians say. 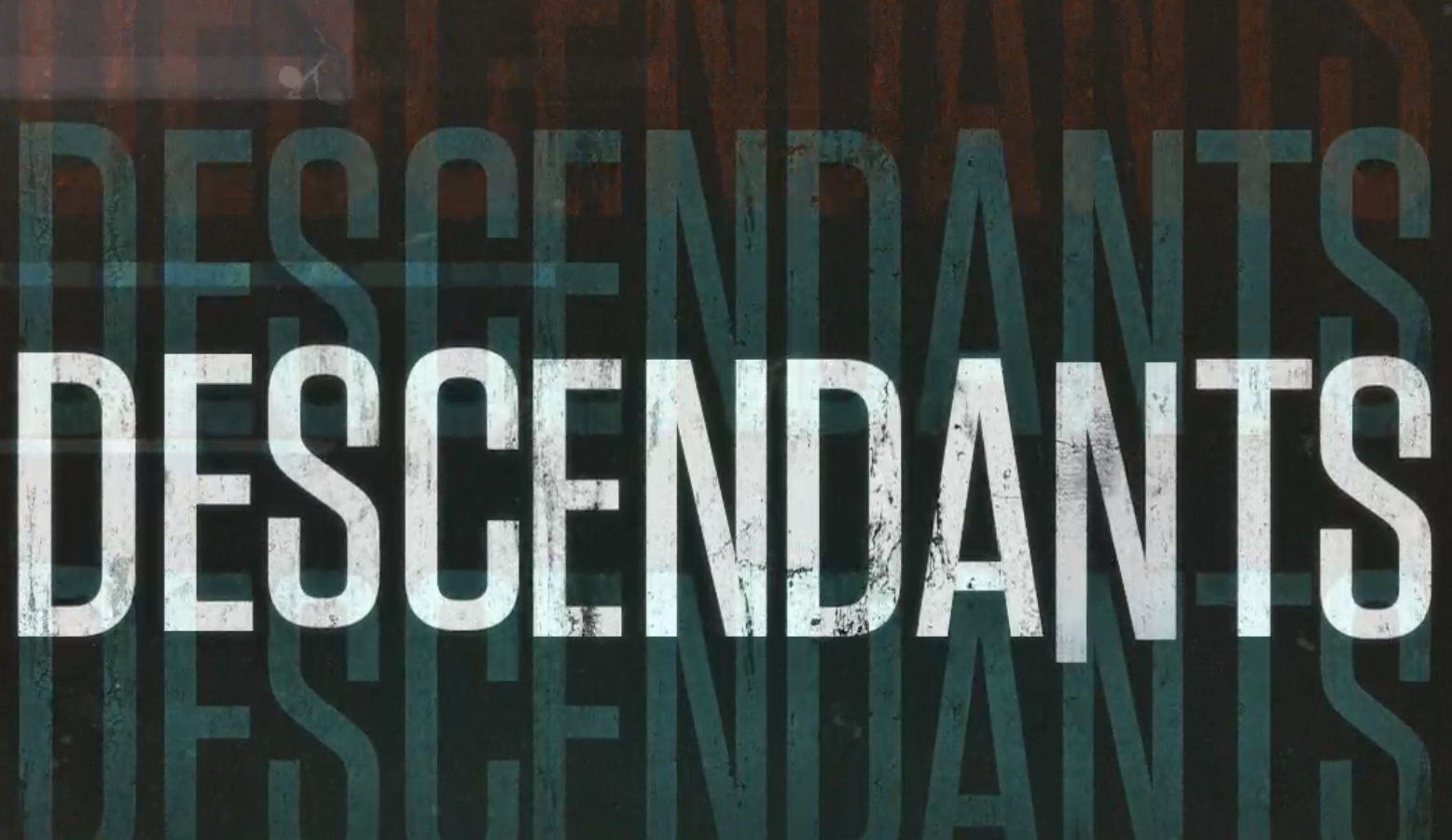 For many Americans, blended ancestry is an integral part of their identity. The mosaic of hyphenated heritages preserves cultural connections beyond the United States, lineages that build pride and a sense of belonging. But for Americans descended from enslaved Africans, the roots of their ancestry are often a mystery. Family trees go dark after five or six generations, a reminder that 150 years ago, black people weren’t considered people.

Genealogists refer to this as “the brick wall,” an obstruction in African American lineage that dates to 1870 when the federal Census began recording African descendants — 250 years after they were first hauled in chains to what would become the United States.

Before then, their lives existed on paper only as another person’s property. To penetrate the brick wall, black Americans frequently must rely on the names of their ancestors’ owners.

“You can find them through [their owners’] tax records, estate records, slave schedules and wills,” said Mary Elliott, the “Slavery and Freedom” curator for the National Museum of African American History and Culture. 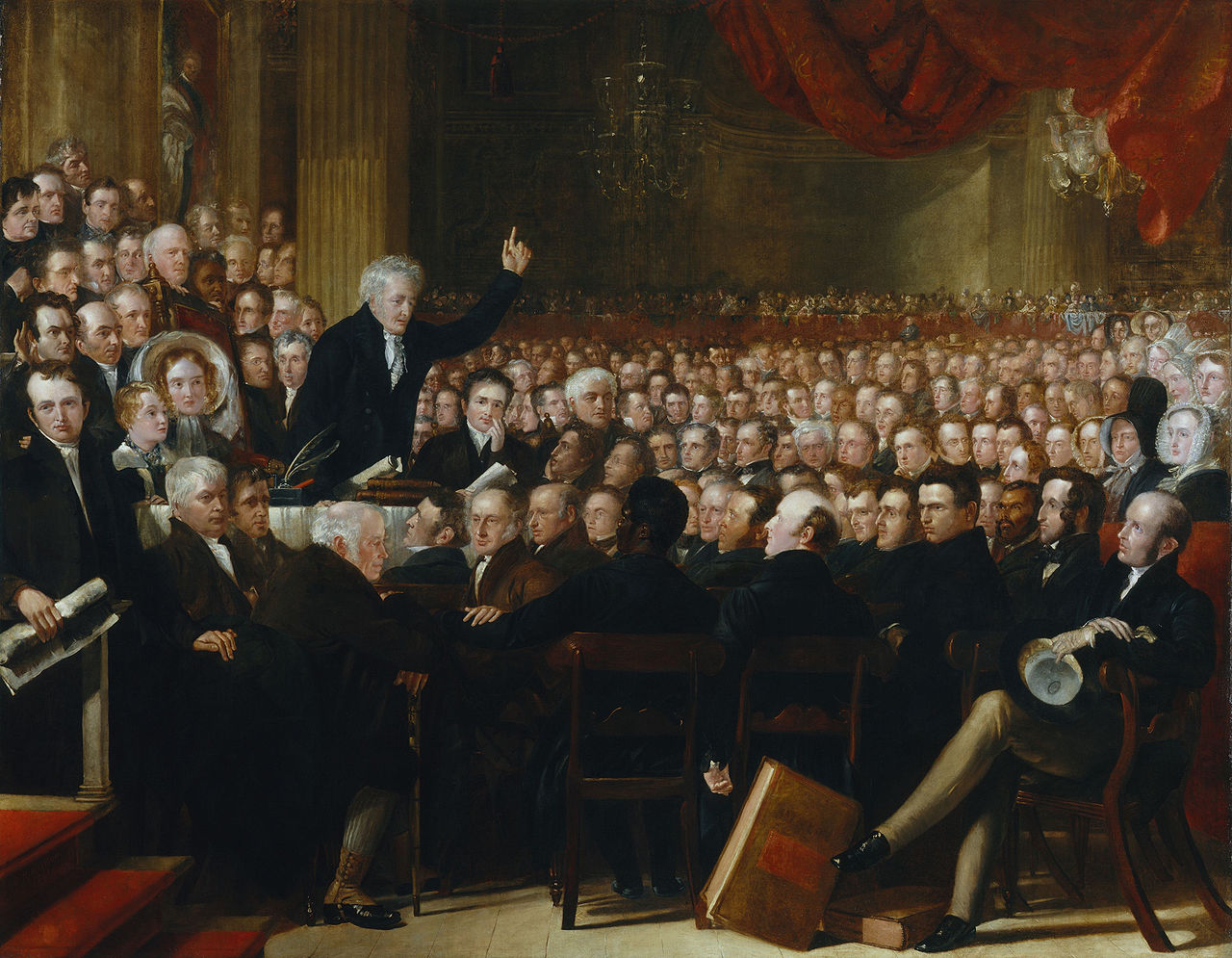 In the middle decades of the nineteenth century, the United States was the largest, strongest, and richest slave society in the history of the modern world. By 1860 nearly four million enslaved laborers, valued collectively at over three billion dollars, produced an agricultural product that accounted for well over half of American global exports. The United States did not stand alone as a major slaveholding society — the slave economies of Brazil and Cuba were also booming — but it was unquestionably the most dynamic and influential in world affairs. At a moment when there were more enslaved workers and more slave-produced goods than ever before, the political and economic power of the United States led the way.

The recent flood of scholarship on this general subject, devoted to the intimate historical relationship between slavery and capitalism, would not have surprised contemporary observers. “So long as slavery shall possess the cotton-fields, the sugar-fields, and the rice-fields of the world,” declared New York Senator William Seward in 1850, “so long will Commerce and Capital yield it toleration and sympathy.” Today economic historians continue to debate the nature of this relationship: in what ways did enslaved African labor fuel and shape capitalist development, both in the United States and across the broader Atlantic World? It is not the purpose of this essay to intervene in that important debate. Instead I will take up the challenge posed by Seward in the next sentence of that same 1850 speech, in which he contemplated not the economic structures that gave slavery its power, but the political effort necessary to overthrow it: “Emancipation,” said Seward, “is a democratic revolution.” Likening the struggle against American slavery to the struggle against European aristocracy, Seward argued that any challenge to the power of the slaveholding class must come through mass democratic politics. 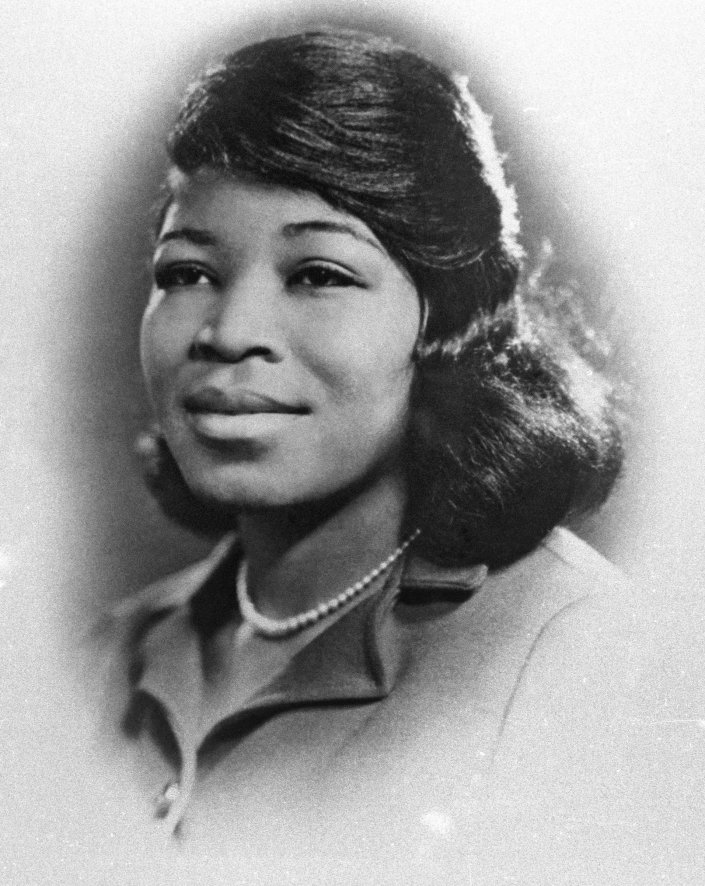 The anniversary of the Feb. 21, 1965, assassination of Malcolm X was surrounded by a renewed wave of interest in the black nationalist leader’s life and death — particularly with the release of the recent Netflix series Who Killed Malcolm X? and the subsequent news that the Manhattan District Attorney will review the investigation of his death.

But while the Netflix series attempts to provide a broad overview of his life, political activism and relationship with Elijah Muhammad and the Nation of Islam (NOI), it is missing a deep discussion of the many women who shaped Malcolm X’s political ideas and trajectory. At this moment heading out of Black History Month and into Women’s History Month, it’s worth noting that, in giving short shrift to those key individuals, the series is not alone.

Black women were key to Malcolm X’s political development and intellectual growth. Black women radicals such as Audley “Queen Mother” Moore and Vicki Garvin were his mentors. They helped him refine his ideas on various issues, including black radicalism and internationalism. They also offered advice and provided support and guidance as the well-known black nationalist leader navigated a myriad of challenges.

Our Ancestors Were Sold to Save Georgetown. ‘$400,000 Is Not Going to Do It.’ (Opinion Video)
DaVita Robinson, Valerie White and Maxine Crump, February 6, 2020, The New York Times 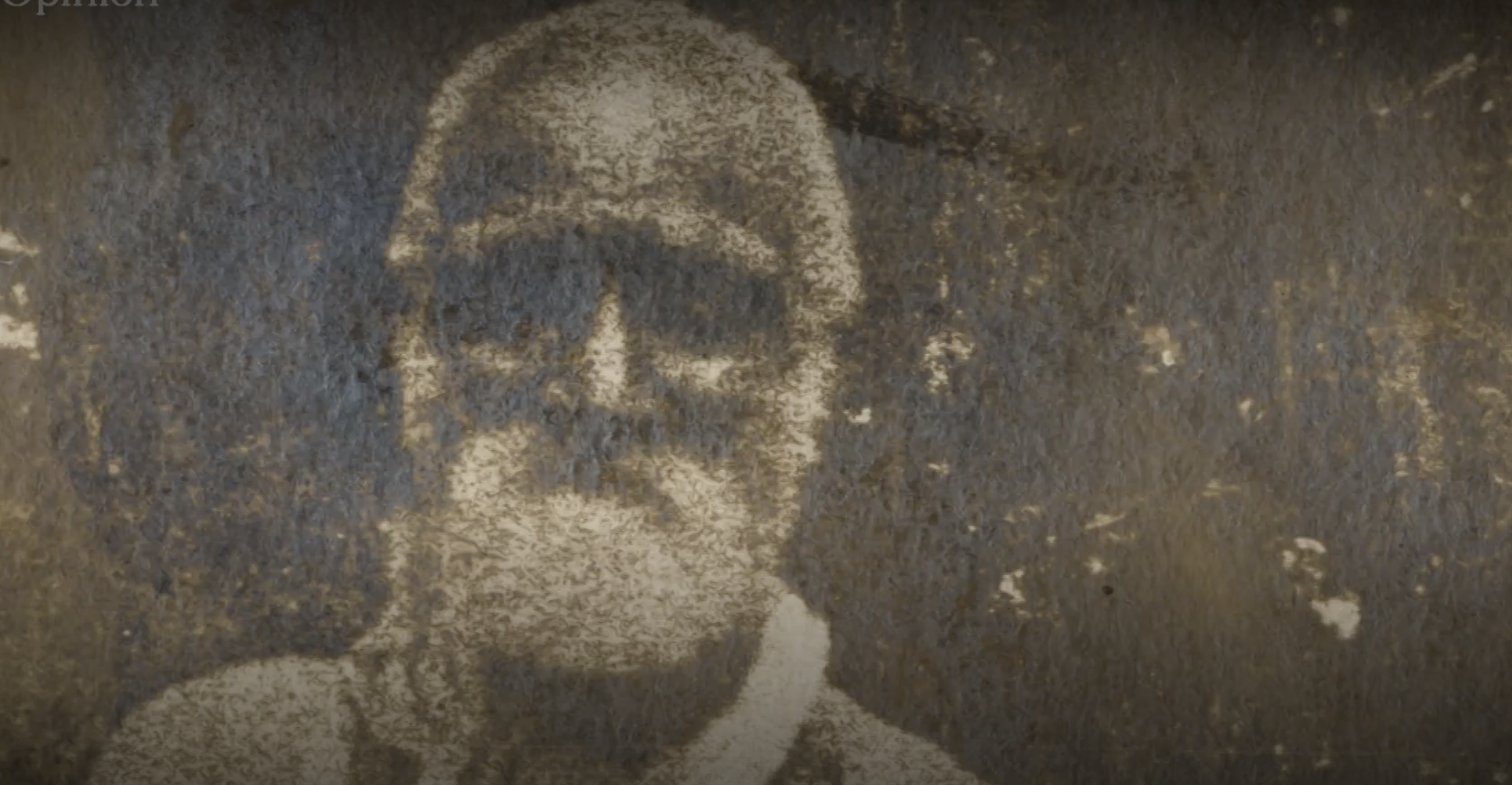 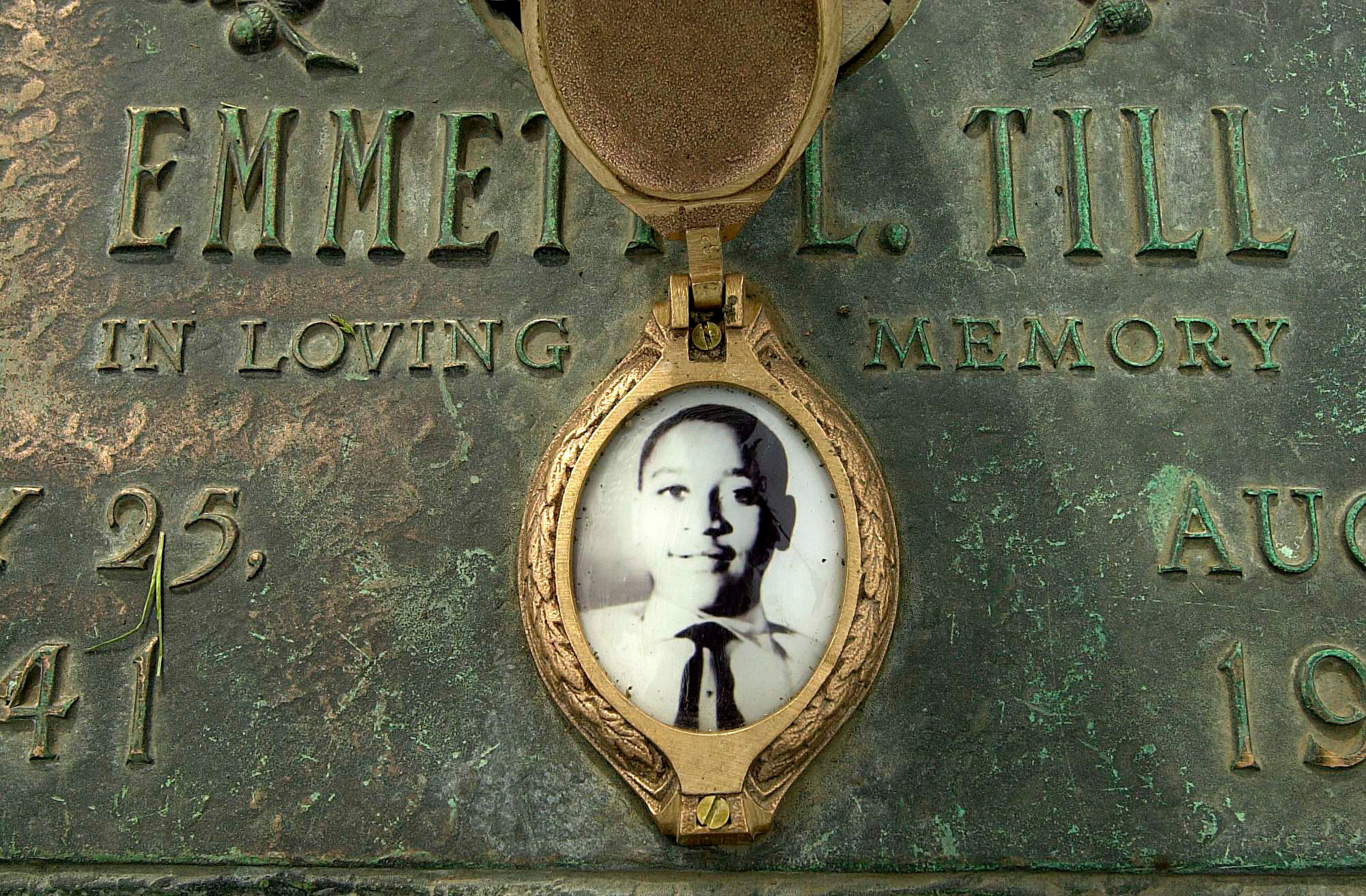 Since at least 1900, members of the House and Senate have tried to pass a law making lynching a federal crime. The bills were consistently blocked, shelved or ignored, and the passage of time has rendered anti-lynching legislation increasingly symbolic.

But on Wednesday, a measure to add lynching to the United States Criminal Code passed in the House. The Senate passed a version of the bill last year.

Once the bills are formally reconciled, the legislation can be sent to the Oval Office, where President Trump is expected to sign it into law.

“Today brings us one step closer to finally reconciling a dark chapter in our nation’s history,” Mr. Booker said in a statement about the passage of the House bill on Wednesday.