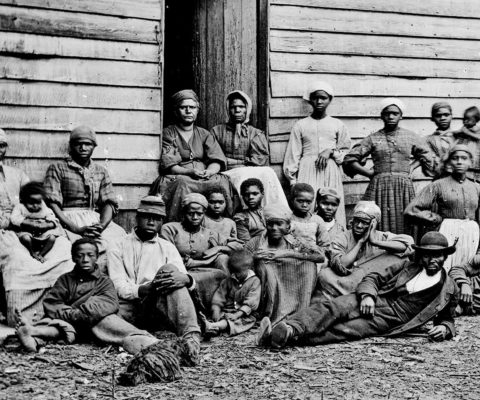 In 1863, newly freed from bondage and living in St. Louis, 17-year-old Mary Armstrong did the unthinkable—she journeyed to the slave-holding South.

Armstrong, one of more than 2,000 former slaves who told their stories to the New Deal’s Federal Writers’ Project in the late 1930s, had been separated from her parents as a child when they were sold to other owners. 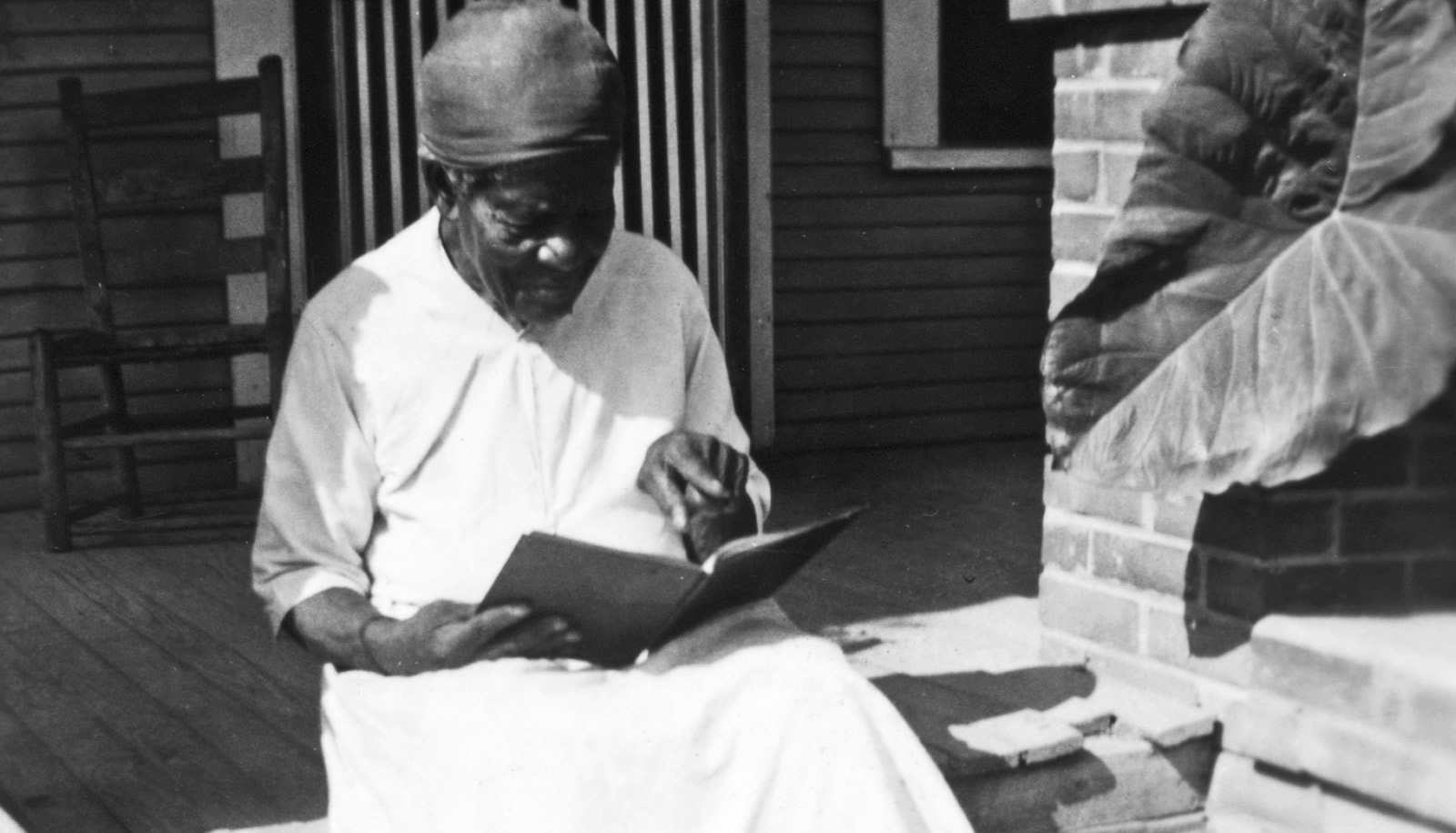 Armstrong learned through the grapevine that her kin might be in Texas so, as she says in her interview, “away I goin’ to find my mamma.”

With the Civil War raging, she set out with two baskets full of food and clothing and a small amount of money, traveling more than 1,000 miles by boat and then stagecoach to Texas.

In Austin, she was captured and put up for bid, securing her freedom only at the last minute by showing her papers to the Texas official in charge of the auction.

Armstrong eventually found her mother in the city of Wharton, some 150 miles south of Austin, at a refugee camp for African Americans.

Armstrong described the reunion: “Lawd me, talk ’bout cryin’ and singin’ and cryin’ some more, we sure done it.”

Armstrong later went on to become a nurse in the Houston area, saving numerous lives in the yellow fever epidemic of 1875.


Children Are Our Past
Megan Jeffreys, February 18, 2020, The Activist History Review 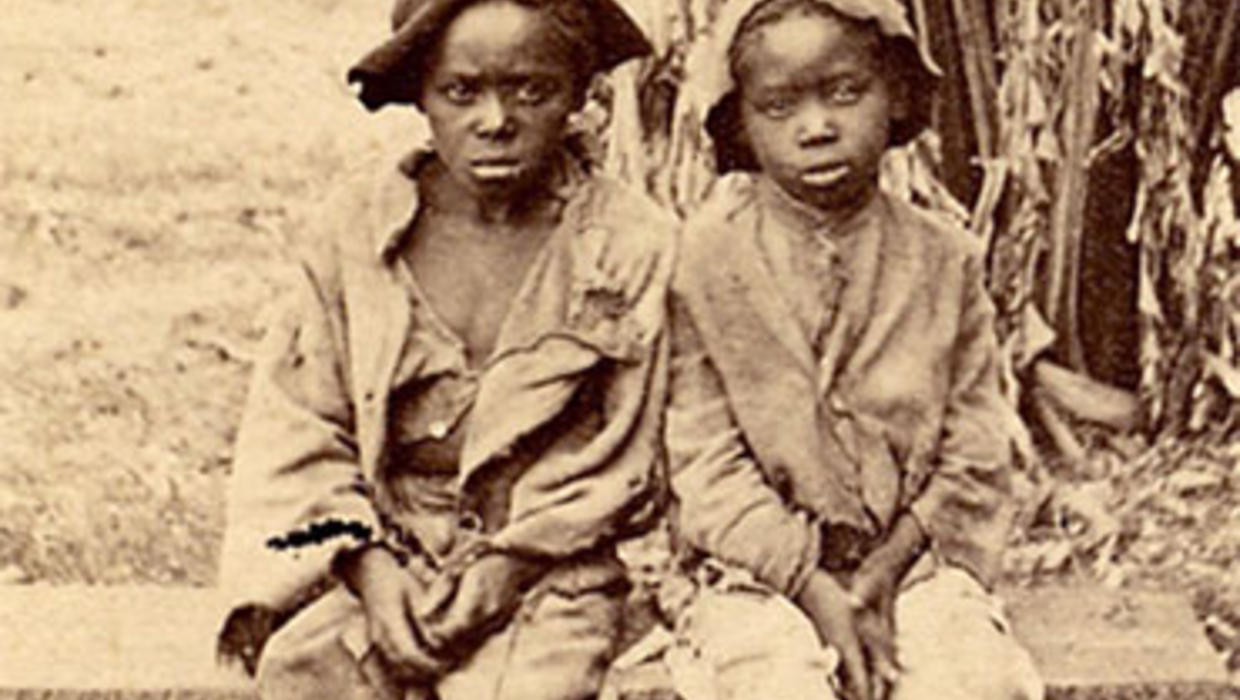 Children are our future. Over the past few decades, this phrase became increasingly popular. Used in political, commercial, and activist campaigns, this slogan articulates the truth that children inherit the world we leave behind. It is a call to action: an invitation to think and rethink what we fight for, how we vote, and the ways in which we conduct our daily lives. While children are undoubtedly our future, we often forget that children are also a part of our past. In the majority of historical scholarship, children fail to grace the pages of relevant discussions. When they do appear in history, children typically surface as passive characters ill-equipped to take control of their own lives and become active agents in their histories. This could not be farther from the truth. Not only were children present at crucial moments in history, but they were also active participants in forming, conquering, and resisting the world that developed around them.

In particular, the American narrative tends to leave out children of marginalized groups. During the Trans-Atlantic Slave Trade, millions of people were captured, enslaved, and shipped across the Atlantic Ocean. According to the most recent estimates in the Slave Voyages database, just over 250,000 enslaved individuals arrived from Africa in what is now the United States between 1600 and 1875. In 1865, when the American Civil War concluded, the Thirteenth Amendment ended legal slavery, “freeing” close to four million people. So how did the enslaved population grow from 250,000 to just under four million? The answer, of course, is natural increase, or reproduction. From the early seventeenth century until the end of legal slavery in 1865, more than four million children were born into American slavery and they were anything but passive. Children formed a critical piece of the slave community, challenging family stereotypes, ideas of childhood, and the role of children in terms of labor and society. Yet, their impact on our history extends beyond basic concepts of family and community. Current scholars of history seek to understand the role of self-liberation and fugitivity as a form of resistance wherein enslaved individuals take their lives and futures into their own hands. Children are not only a part of this discussion, but they are critical to its progression. 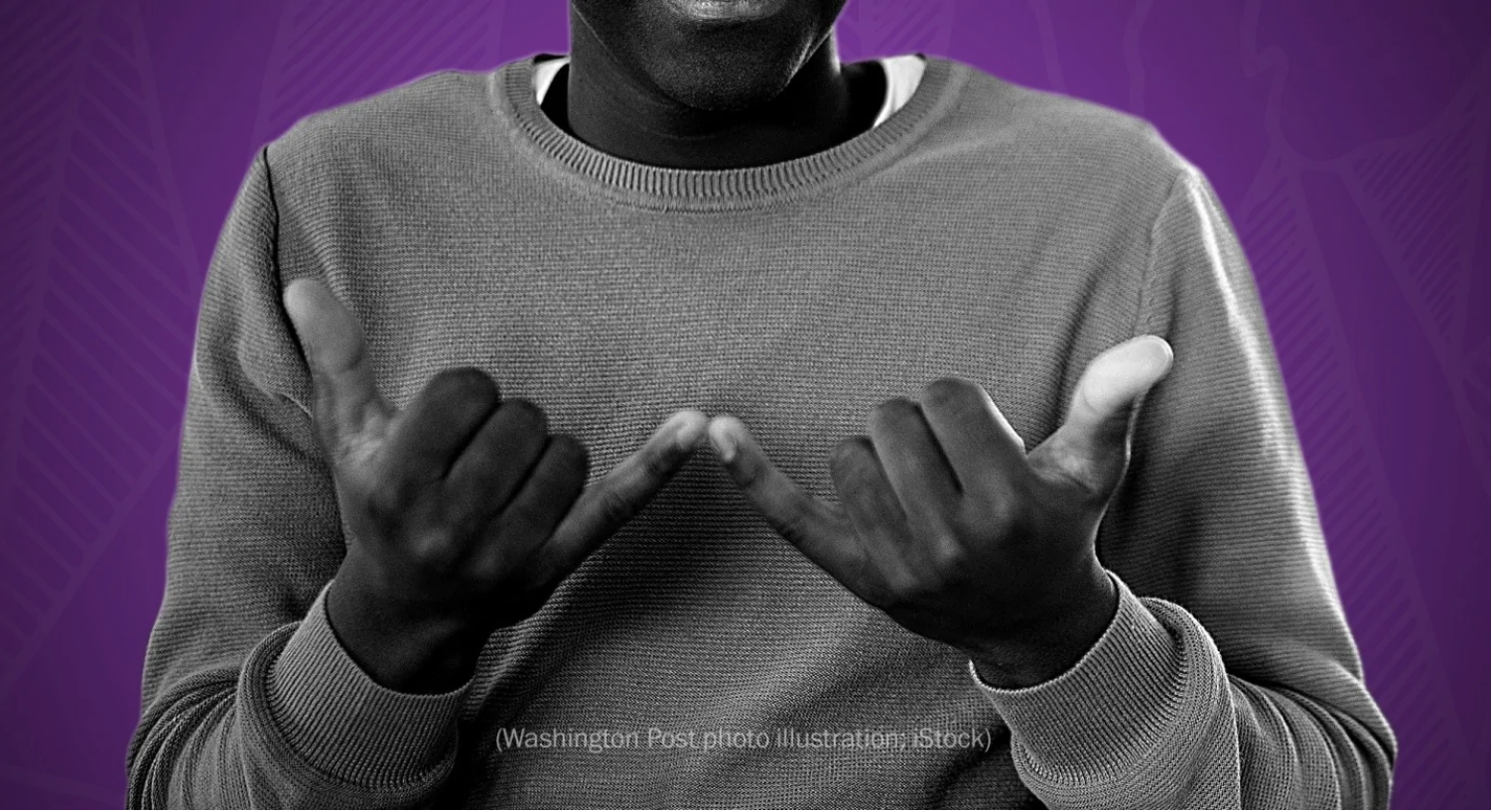 Felecia Redd always communicates more than the words she hears when interpreting in sign language. She enlarges and dramatizes her gestures when conveying the soaring rhetoric of a black preacher. She shifts her facial expressions to reflect a speaker’s emotions and vocal styles.

“I try to match them,” said Redd, a sign language interpreter for 19 years.

Redd, who is black but was taught to sign by white teachers, said she did what came naturally, not thinking about the racial aspect of her signing.

A 30-minute documentary changed that. Signing Black in America describes how a distinctive black signing system, or Black ASL, has evolved, reflecting the historic isolation of members of the black deaf community and their contemporary sense of solidarity.

Today’s Republicans Are Like Lincoln in Only One Way
Megan Kate Nelson, February 13, 2020, The New York Times 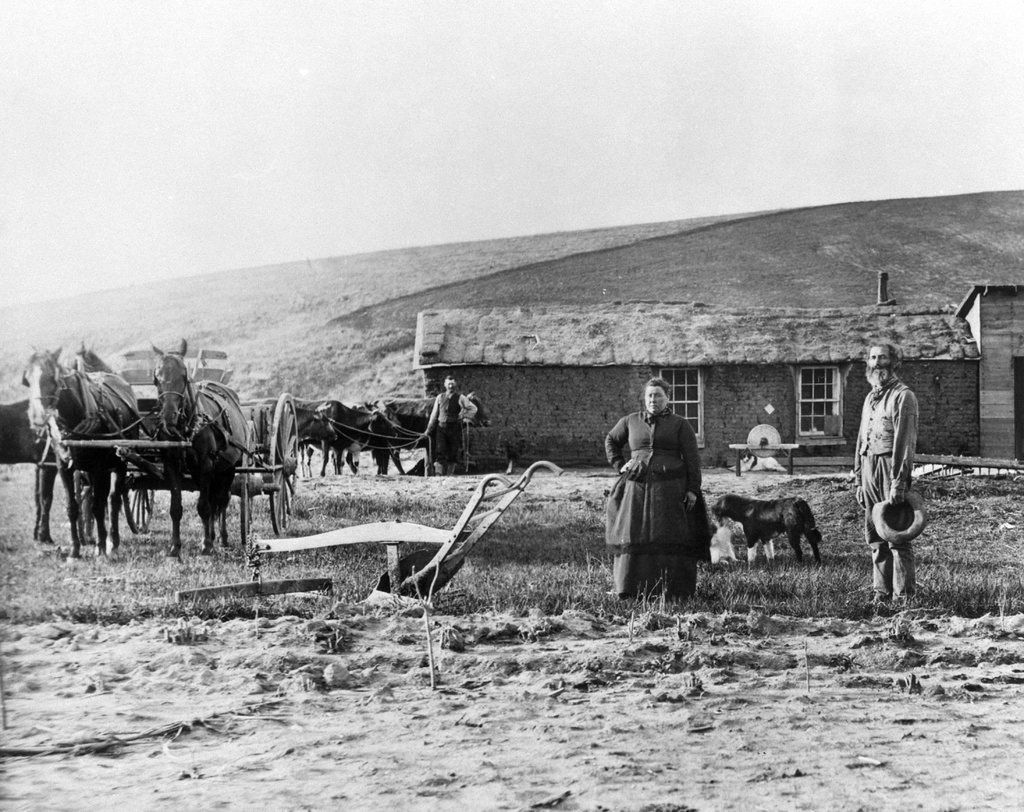 Last year, the House minority leader, Kevin McCarthy, defended a series of President Trump’s racist tweets. “We are the party of Lincoln,” he said. “This party believes in the content of the individual.”

That familiar refrain is deeply misleading. Republicans in the 1850s and 1860s created a coalition dedicated to preventing the expansion of slavery and using federal power to promote public welfare. Historians know that Abraham Lincoln would not recognize his party or its values today.

But today’s Republicans are Lincoln’s heirs in one significant way: They, like him, are determined to undermine the land rights of Native peoples.

The Republican platform in 1860 asserted that “the normal condition of all the territory of the United States is that of freedom.” It also argued for industrial development, a railroad line from Omaha to Sacramento, and homesteads for white settlers. Indigenous homelands across the West, the Republicans believed, rightfully belonged to white American farmers.

As president, Lincoln’s administration carried out this platform, enacting policies of indigenous conquest during the Civil War.

In the spring and summer of 1862, after word reached Washington that a Confederate invasion of the New Mexico Territory had failed, Republicans passed a series of acts to ensure its white settlement.

The enslaved people who built and staffed the White House: An afterthought no more
Joe Heim, February 17, 2020, The Washington Post

Three hundred and seven. So far.

That’s the number of enslaved men, women and children who can be linked by historians to the building and staffing of the White House beginning in 1792 and lasting through the first half of the 19th century.

A new online exhibit by the White House Historical Association, a private nonprofit that sits across the street from the White House, explores that untold history. The project launched this month, Slavery in the President’s Neighborhood, is an effort to remind Americans of the role enslaved people played in the establishment and maintenance of the country’s most symbolic address. And, just as important, to attach names to those people and flesh out their lives and experiences.

Where Might Trumpism Take Us?
Jamelle Bouie, February 21, 2020, The New York Times 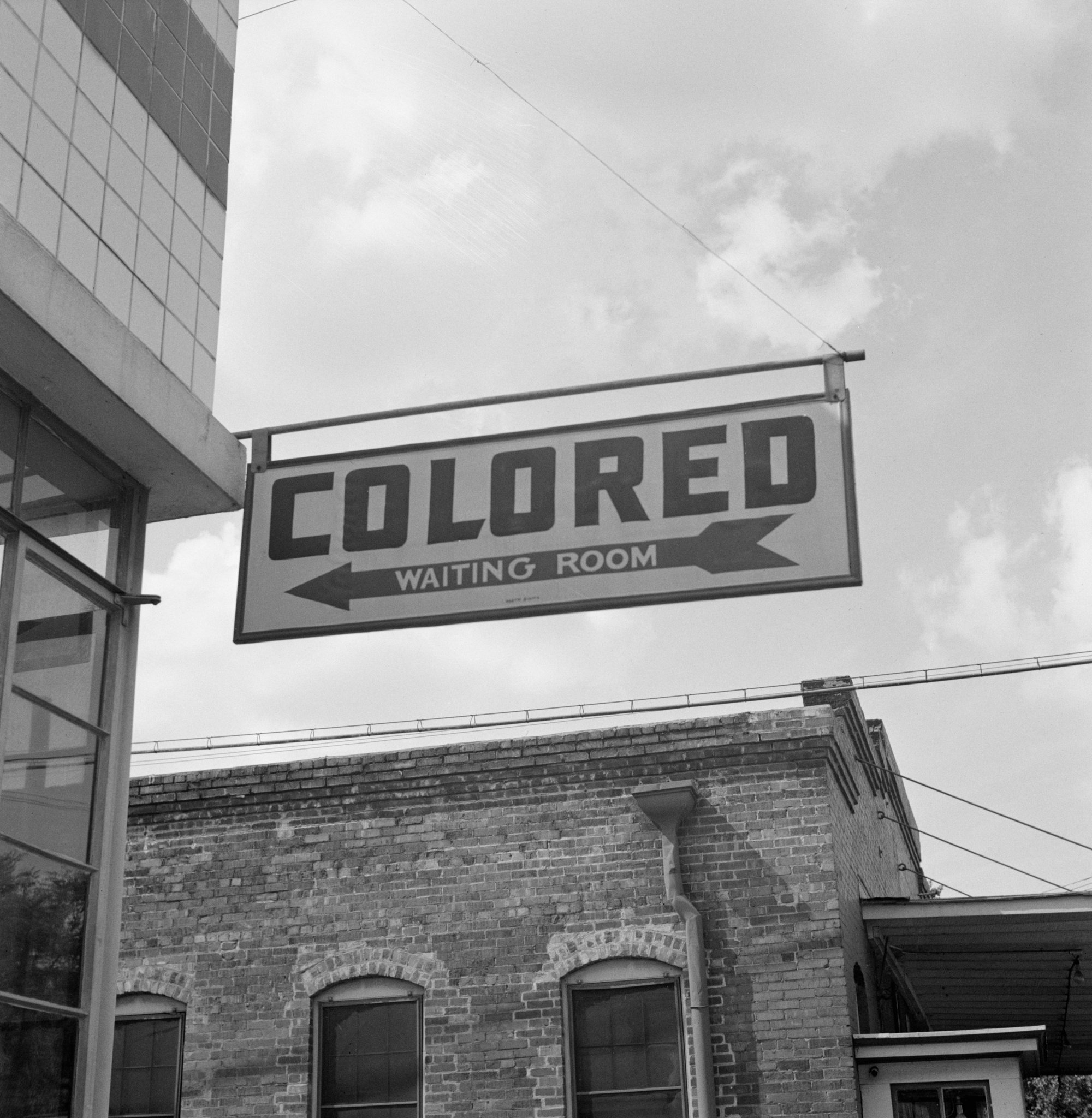 When critics reach for analogies to describe Donald Trump — or look for examples of democratic deterioration — they tend to look abroad. They point to Russia under Vladimir Putin, Hungary under Viktor Orban, or Turkey under Recep Tayyip Erdogan. Trump, in this view, is a type — an authoritarian strongman. But it’s a foreign type, and his corrupt administration is seen as alien to the American experience.

This is a little too generous to the United States. It’s not just that we have had moments of authoritarian government — as well as presidents, like John Adams or Woodrow Wilson, with autocratic impulses — but that an entire region of the country was once governed by an actual authoritarian regime. That regime was Jim Crow, a system defined by a one-party rule and violent repression of racial minorities.

The reason this matters is straightforward. Look beyond America’s borders for possible authoritarian futures and you might miss important points of continuity with our own past. Which is to say that if authoritarian government is in our future, there’s no reason to think it won’t look like something we’ve already built, versus something we’ve imported.

Americans don’t usually think of Jim Crow as a kind of authoritarianism, or of the Jim Crow South as a collection of authoritarian states. To the extent that there is one, the general view is that the Jim Crow South was a democracy, albeit racist and exclusionary. People voted in elections, politicians exchanged power and institutions like the press had a prominent place in public life.