In Richmond, Tracing the “Great Force” of American Racism

Taking a cue from James Baldwin, an exhibition considers the way that American racism moves forward — from the arrival of the first ship carrying enslaved Africans to the insidious ways it has trickled through the capillaries of American culture.
At the crux of Great Force, curated by Amber Esseiva, is a 1965 quote by James Baldwin, from his 1965 Ebony Magazine essay, “The White Man’s Guilt.”


History, as nearly no one seems to know, is not merely something to be read. And it does not refer merely, or even principally, to the past … On the contrary, the great force of history comes from the fact that we carry it within us, are unconsciously controlled by it in many ways, and history is literally present in all that we do.

Great Force, curated by Amber Esseiva, is on view at ICA at VCU (601 W Broad St, Richmond, VA) through January 5. 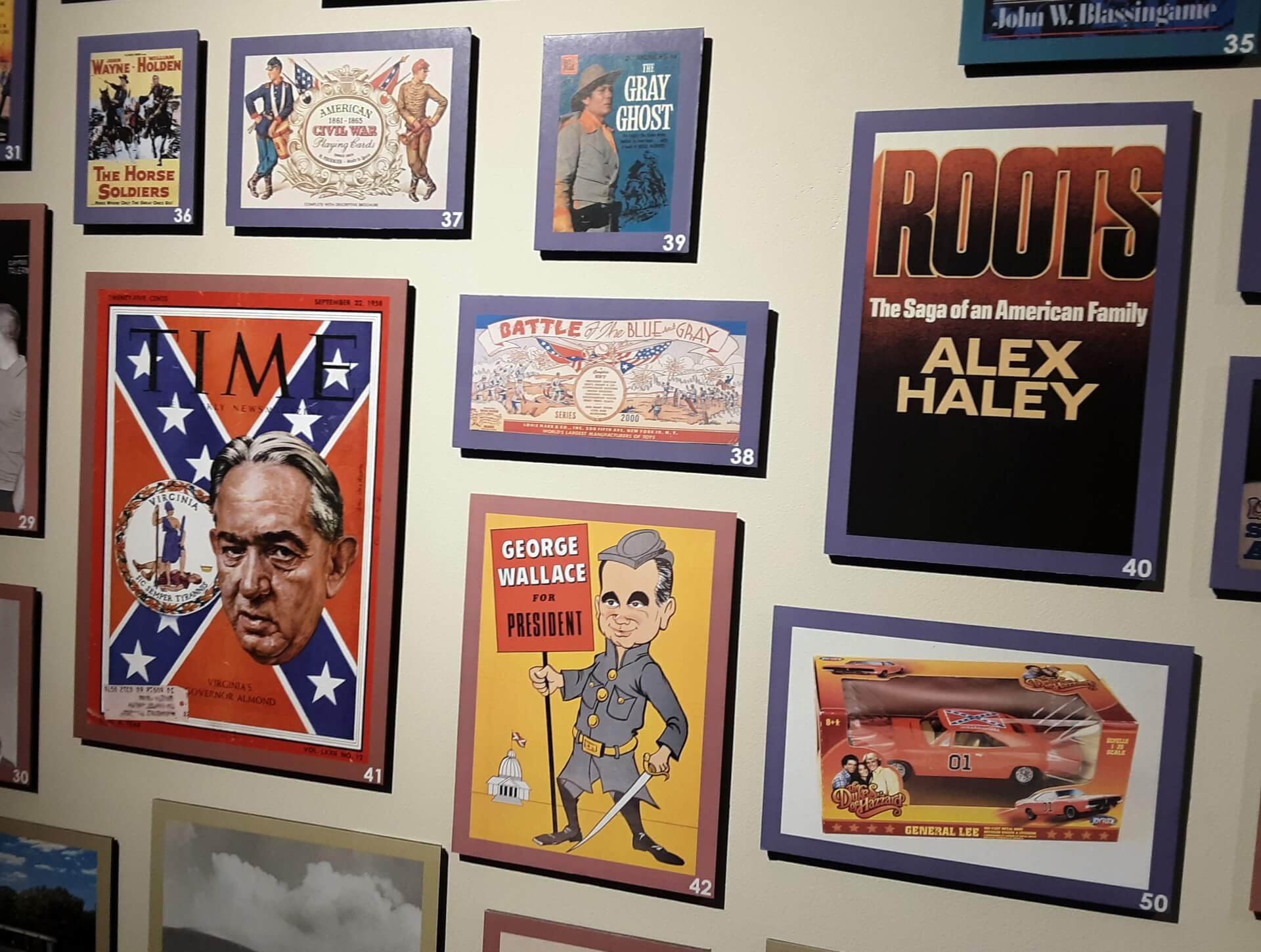 The White House of the Confederacy, which once told racist myths about the righteousness of the rebel cause, is setting the record straight.

A new exhibit at the former Confederate shrine in downtown Richmond shows how people associated with the house helped spread a warped description of the Civil War era  — a narrative called the “Lost Cause.”

“We are telling history now” and not myths, said Stephanie Arduini, education director for the American Civil War Museum, which runs the White House.

The exhibition, House of the Lost Cause, is scheduled to open Dec. 14.

The Lost Cause is a moonlight-and-magnolias version of the South that emerged after the war. Among other things, it claims that enslaved people were happy, Confederate leaders like Gen. Robert E. Lee were saintly exemplars of Christianity, and the war had little to do with slavery.