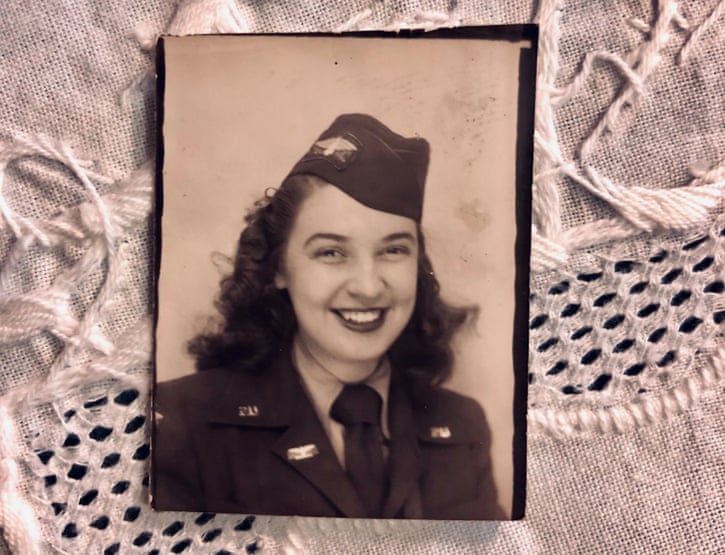 Rosalind Cron is a vibrant 95-year-old in red lipstick. She stands 4ft 8in tall, and is the keeper of a beautiful, under-told story about America’s first racially integrated, all-girl swing band, the International Sweethearts of Rhythm. She is one of two surviving Sweethearts in their 90s, and a lucid, bright storyteller.

She greeted me on an early December afternoon in her assisted living facility outside of Los Angeles, where she had made room for a piano and memorabilia.

The International Sweethearts broke attendance records at places such as Washington DC’s Howard Theatre, Harlem’s Apollo Theater, Cincinnati’s Cotton Club and the Riviera in St Louis. They played in the same venues as Count Basie and Dizzy Gillespie, were considered some of the most talented musicians of their day and toured France and Germany as a USO act in 1945.

Unfortunately, racism and sexism largely swept them from the public record; they became footnotes in other people’s stories. Second-wave feminism brought them back into the conversation, and the Sweethearts were later recognized by the Kansas City Women’s Jazz Festival in 1980, and again by the Smithsonian in 2011. However, few videos and recordings survive from the Sweethearts’ time together. A short film (That Man of Mine, with Ruby Dee), two numbers for Leonard Feather and a few pieces for Guild Records remain.


A Personal Act of Reparation: The long aftermath of a North Carolina man’s decision to deed a plot of land to his former slaves.
Kirk Savage, Sunday, December 15, 2019, Lapham’s Quarterly 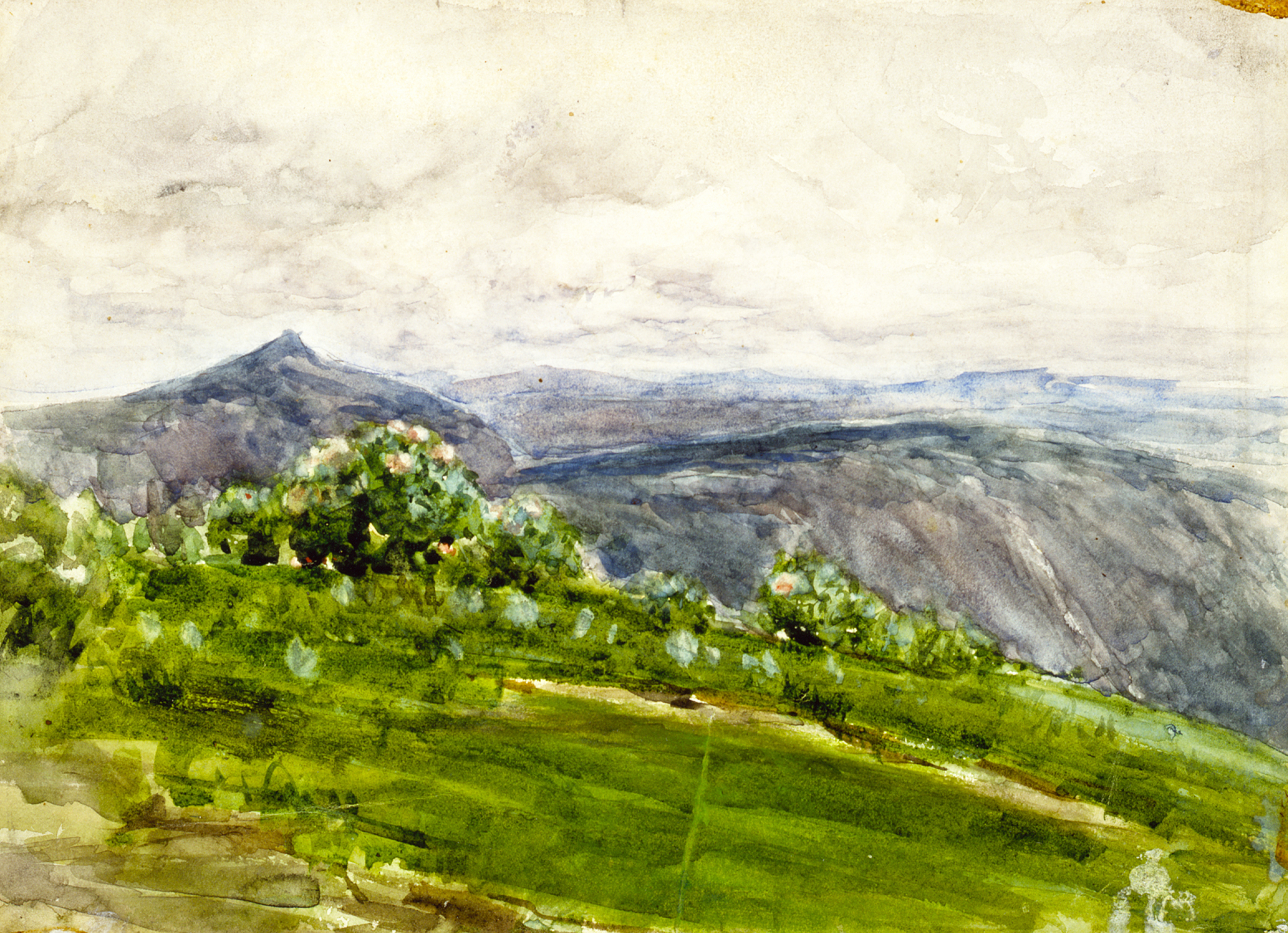 Five years after the abolition of slavery and in the midst of a violent campaign to reimpose white supremacy fueled by the Ku Klux Klan across the ex-Confederate South, a Methodist minister in the remote mountain town of Waynesville, North Carolina, carried out an act of reparation apparently unprecedented in U.S. history. Asa Fitzgerald signed an extraordinary land deed in August 1870, conveying most of his remaining property to nine “colored persons” he and his wife’s relations had formerly enslaved. He transferred the land explicitly as restitution for the many years of unpaid labor “performed by them and their ancestors while in slavery.”

“Believing it to be the will of God,” Fitzgerald made his deed function as a kind of back payment, to restore “the proceeds of their labor which has come into our hands and pay them what is right and just for the labor performed by them for us.” The document estimated that the proceeds of their labor over time benefited his family by the sum of $3,400—a small fortune in that time and place—and declared publicly, for all to see, that this was a personal act of reparation.

After the Civil War, some former slaveholders did sell or gift land to people who had once been in their possession. Sometimes the recipients were their own biological children. In other cases, former slaveholders arranged land transfers to freedmen to maintain labor peace. Whatever the reason, these cases were not only rare but distinct in purpose from Asa’s radical action. Fitzgerald’s transaction was unique in its appeal to reparations. He carefully avoided the language of paternalism, justifying the deed not as a bonus for “faithful” or “meritorious” “service”—none of these terms appears anywhere in the document—but rather as a morally necessary restoration of the income and accumulated wealth that he and his wife had unjustly taken from them. The $3,400 figure he came up with was more than enough to warrant the transfer of about 330 acres of land. To the eldest of the nine, he even gave possession of part of his family’s own house.

For eight years Fitzgerald and his family lived with this remarkable arrangement in apparent peace. The Fitzgerald patriarch died in 1878 with little remaining property aside from his house, a small plot of land, and his library. It did not take long for his wife and children to take legal action undoing his novel transaction. 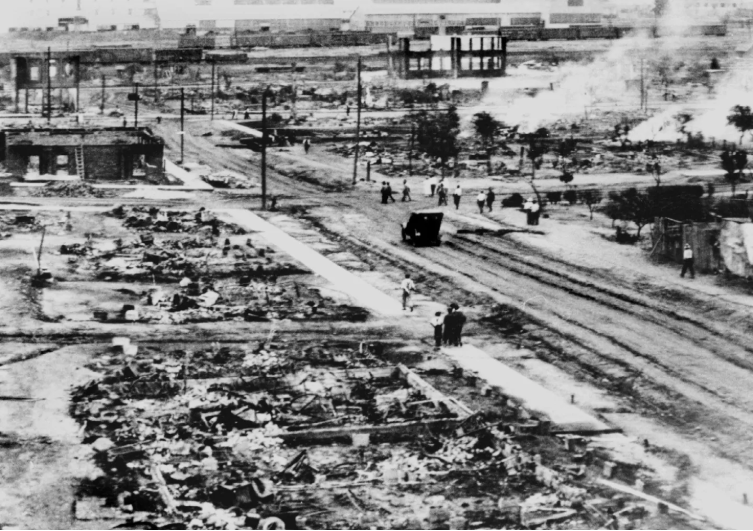 TULSA — After nearly a century, Tulsa may be closer to finally answering whether bodies of black people killed in the 1921 race massacre were dumped into mass graves after one of the worst episodes of racial violence in U.S. history.

The scientists said they detected the anomalies beneath the ground at Oaklawn Cemetery and an area in Tulsa called the “The Canes,” where the Interstate 244 bridge crosses the Arkansas River. They recommended further radar survey and physical excavation of the sites.

Phoebe Stubblefield, a forensic anthropologist from the University of Florida who specializes in human remains identification, called the findings promising, but also cautioned that “we don’t know what lies beneath.”

Scott Hammerstedt, a scientist who worked on the geophysical survey, said at Oaklawn “there are quite a lot of anomalies here consistent with mass graves” near a part of the cemetery where city records show 18 black people were buried in June 1921.

In another section of the cemetery, they discovered “what very much looks like a human-dug pit,” Hammerstedt said. “This is very likely a candidate to be a mass burial. We may need to investigate further.” 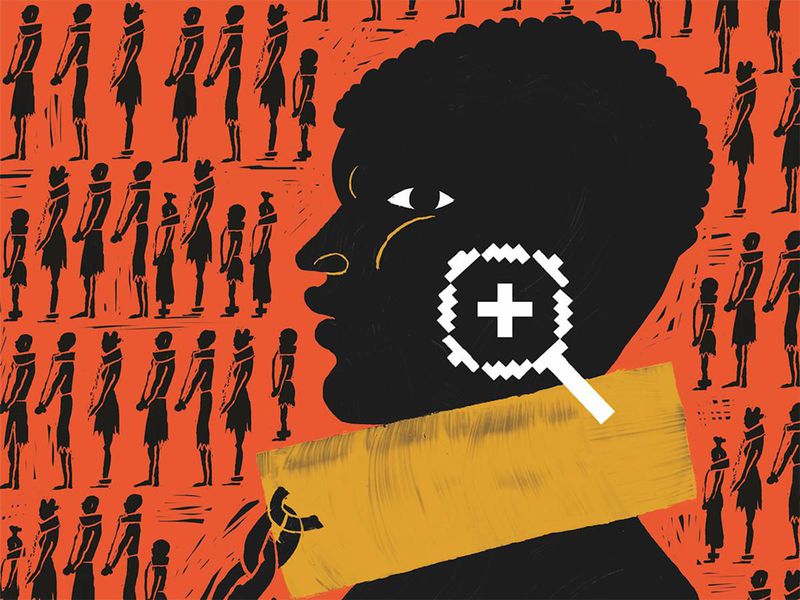 In 1834, a 22-year-old Yoruba man who would come to be known as Manuel Vidau was captured as a prisoner of war and sold to slave traders in Lagos, today the largest city in Nigeria. A Spanish ship transported him to Cuba, where he was sold to a white man who forced him to roll 400 cigars a day (if his pace slowed, he recalled, he would be “stripped, tied down and flogged with the cow hide”). A decade later, however, Vidau secured permission from a new owner to hire himself out, and with his earnings he bought a share in a lottery ticket—and won. That allowed him finally to buy his freedom. He married a fellow former slave, Maria Picard, and they adopted a young relative whose parents had died of cholera. Vidau supported his wife and son by continuing to roll cigars, eventually making enough money to cover their passage to England.

Vidau’s stroke of fortune is known today only because he had a chance encounter with a representative of the British and Foreign Anti-Slavery Society. The organization recorded his story in its journal, which was later shelved in a university library, digitized and eventually collected in an online database called Freedom Narratives. Enslaved people like Vidau—torn away from their communities of origin, deprived of the ability to write about themselves and treated as cargo or property in official documents—often left little of themselves to the historic record. Still, even a few facts can shape the outline of a life of sorrow, adversity, perseverance and triumph.

“One of the biggest challenges in slave studies is this idea that people were unknowable, that the slave trade destroyed individuality,” says Daryle Williams, a historian at the University of Maryland. “But the slave trade didn’t erase people. We have all kinds of information that’s knowable—property records, records related to births, deaths and marriages. There are billions of records. It just takes a lot of time to go look at them, and to trace the arc of an individual life.”

The US is grappling with its history of slavery. The blueprint for dealing with it? Some say Brown University
Deborah Barfield Berry, December 18, 2019, USA TODAY 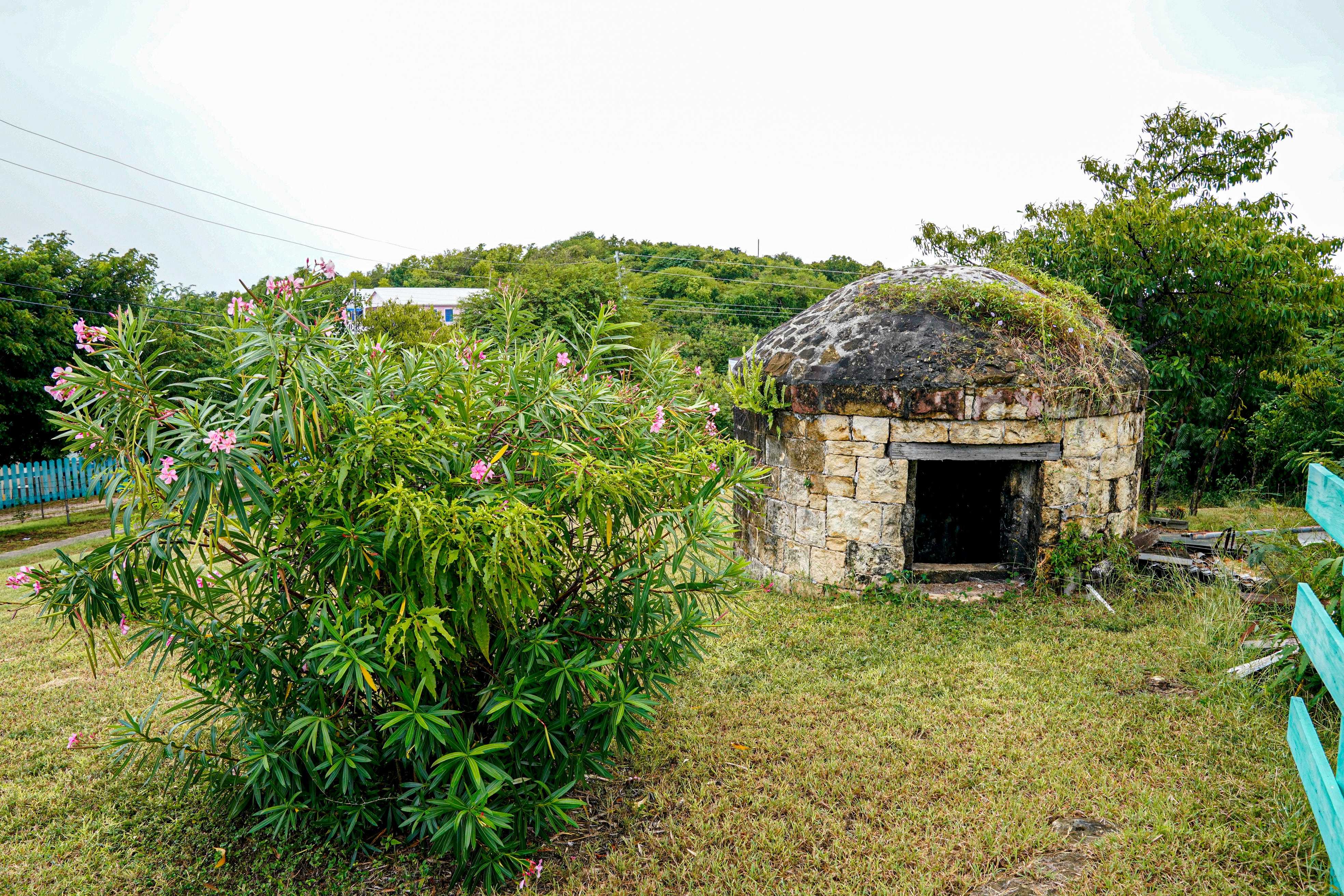 ST. JOHN’S, Antigua — Dorbrene O’Marde paced back and forth, trying to quash evil spirits. He had been to many former sugar plantations on this small island, but last month was the first time he’d seen the dungeon.

O’Marde knows well Antigua’s long history of slavery – Africans ripped from their homelands, forced to work on sugar plantations for British owners. But the dungeon, with its dark inside smelling of sea salt and littered with dead crabs, stood as another visible reminder.

Enslaved Africans – his ancestors – would have had to climb through the small opening into this windowless cell.

“Vengeance is not something good to wear,” he said.

Instead, the 69-year-old is helping lead a group of Caribbean islands in demanding reparations from countries whose citizens profited off hundreds of years of unpaid labor.

“It’s my life’s work,’’ said O’Marde, who chairs the Antigua and Barbuda Reparations Support Commission and is a vice chair of the Caribbean Reparations Commission.  “I watch my Caribbean countries struggling. I watch up and down this region, the inequities. I watch the failures. I watch my governments and my people struggling against the legacies of colonialism and enslavement.”