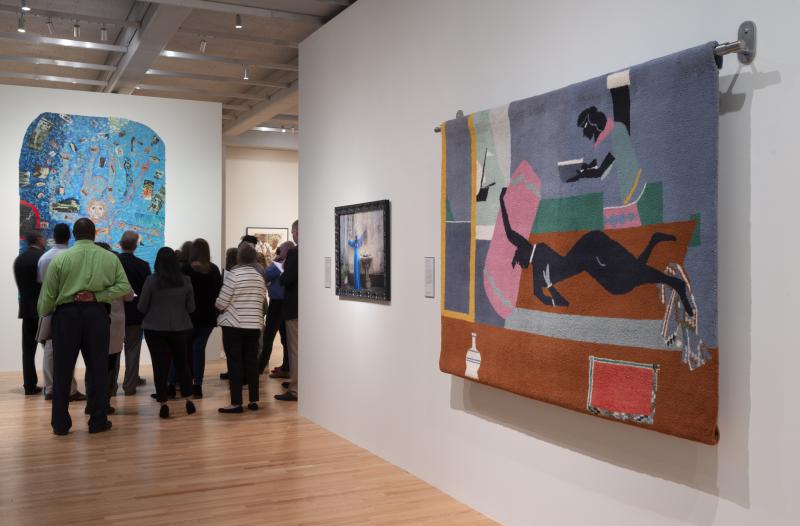 With more than 100 works of art, from sculptures and quilts to paintings and photographs, the Wadsworth Atheneum’s newest installation, Afrocosmologies: American Reflections, stands out as more than just an exhibit.

It’s an invitation to something curator Frank Mitchell calls a celebration.

“It’s an opportunity for us to celebrate the work of Black artists who imagined a world that tilts toward the Africana,” Mitchell said, “so a spiritual world focused on and celebrating Black spirituality.”

The show is broken up into four sections: Nature, Gods & Humanity, Origins, and Ritual.

“Nature is the foundation of everything,” Mitchell said. “The captives who were brought here to the Americas believed that the spirit lived in everything -- in the grass, in the water, in the heavens, so in this section we celebrate that understanding of spirituality.”


How elite colleges can atone for their history with slavery
Ben Crump, November 18, 2019, The Washington Post 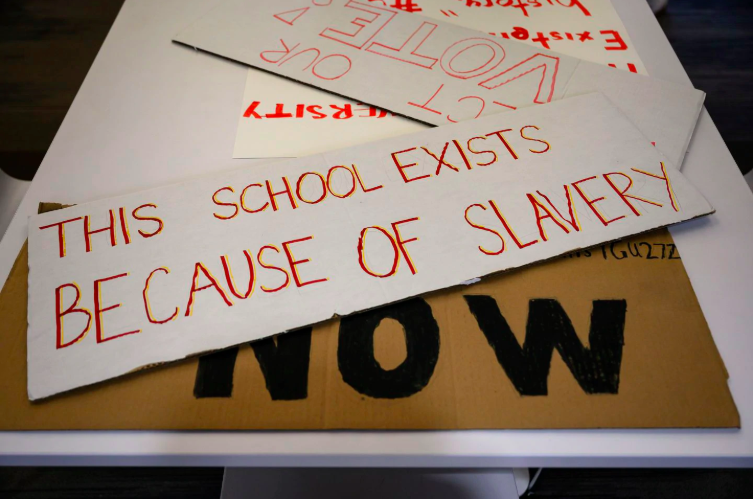 The United States’ most elite universities continue to grapple with their historic ties to slavery. Last month, students at Georgetown University pushed for their school to pay reparations for slaves once sold by the school after voting to impose a $27.20 per-student, per-semester fee to fund reparations to the descendants of the 272 slaves owned and then sold by the school. Princeton recently disclosed that its first nine university presidents owned slaves, as did many Princeton faculty members. Half of Columbia University’s early presidents owned slaves as well.

Meanwhile, the nation’s historically black colleges and universities are in a desperate struggle for financial survival. Here’s a thought: Elite universities can accelerate the United States’ slow trek toward atonement for slavery by dedicating some of their wealth — amassed on the backs of enslaved African Americans — to struggling HBCUs.

It’s only fitting. Slaves who toiled at some of our most elite universities suffered mistreatment and worse. Historians say, for example, that male students at the University of Virginia beat and raped enslaved people 200 years ago. And many elite universities, including Harvard and Rutgers, sought to justify slavery by trying to prove the supposed inferiority of black people or reinforcing the justification for slavery in their curriculum.


Song of the South: the difficult legacy of Disney's most shocking movie
Scott Tobias, 19 November 2019, The Guardian 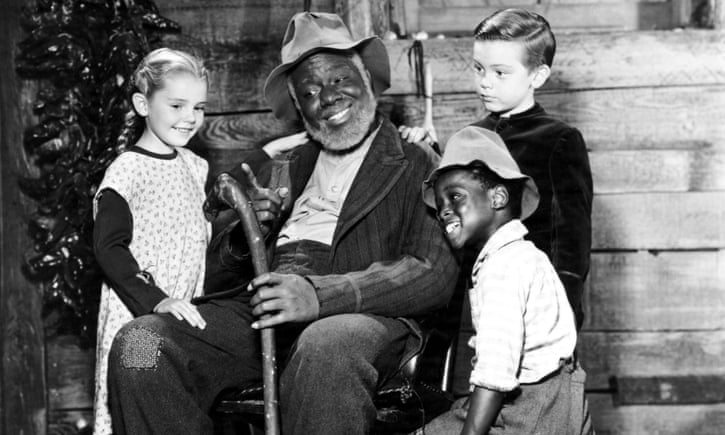 For all the uncertainty surrounding the streaming wars – even for a dominant company like Netflix, which is still hemorrhaging billions of dollars – there’s reason to believe that Disney+ is a safe bet. Even if every one of its original launch titles landed with a thud, Disney just needed to crack open the vault and allow viewers to dive, Scrooge McDuck-like, into its riches: 80 years of peerless animation, from early classics like Snow White and the Seven Dwarfs and Bambi to renaissance titles like The Little Mermaid and Beauty and the Beast to recent hits like Frozen and Moana. And that’s to say nothing of Pixar, Marvel, Star Wars and a mule who kicks 100-yard field goals.

Yet The Walt Disney Company has a longstanding Walt Disney problem, and for Disney+, the answer so far has been to mix propaganda with gentle disclaimers. While the new documentary series The Imagineering Story plays up Disney’s innovation and meticulousness in developing the company’s theme parks, the retrograde elements in some of his animated films (the singing crows in Dumbo, the “stay with your own kind” sentiment of The Jungle Book, the Siamese cats in Lady and the Tramp, the “What Made the Red Man Red?” song in Peter Pan, etc) are preserved with a warning to viewers that the films “may contain outdated cultural depictions”. The word “may”, frankly, smacks of unnecessary bet-hedging.

But there’s one title that won’t be appearing on the service any time soon: 1946’s Song of the South, a live-action/animation hybrid that’s much more comprehensive in its “outdated cultural depictions” than any other film in the catalog. It’s creepily apropos that Song of the South debuted in the racially segregated city of Atlanta, an urban center that the Georgia plantation dwellers in the film consider grimly as a chaotic destination for its African American characters. The film was a modest success when it came out – and won an Oscar for the original song Zip-a-Dee-Doo-Dah – and children of multiple generations got to know it through periodic rereleases that lasted as far as 1986. But it was never released on home video in the US, and its most enduring cultural footprints are the song and the Splash Mountain log flume rides at Disneyland, Magic Kingdom and Tokyo Disneyland. 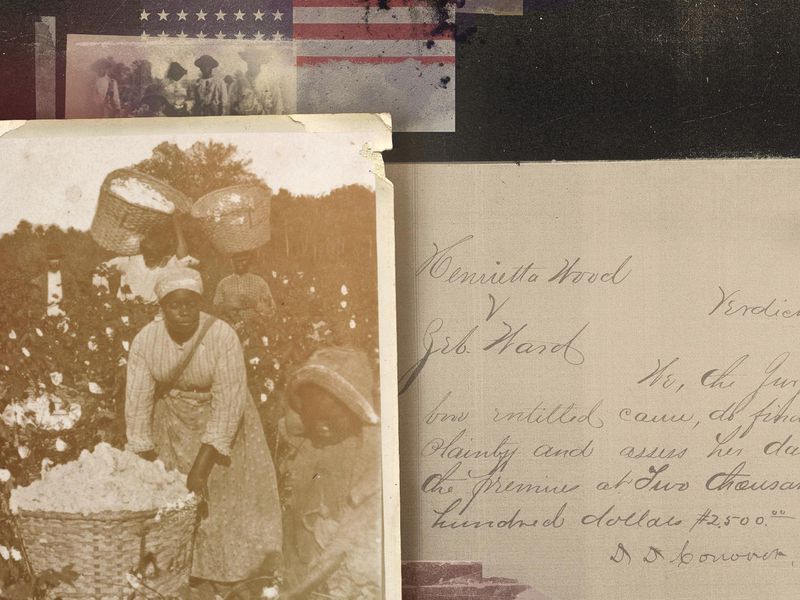 On April 17, 1878, twelve white jurors entered a federal courtroom in Cincinnati, Ohio, to deliver the verdict in a now-forgotten lawsuit about American slavery. The plaintiff was Henrietta Wood, described by a reporter at the time as “a spectacled negro woman, apparently sixty years old.” The defendant was Zebulon Ward, a white man who had enslaved Wood 25 years before. She was suing him for $20,000 in reparations.

Two days earlier, the jury had watched as Wood took the stand; her son, Arthur, who lived in Chicago, was in the courtroom. Born into bondage in Kentucky, Wood testified, she had been granted her freedom in Cincinnati in 1848, but five years later she was kidnapped by Ward, who sold her, and she ended up enslaved on a Texas plantation until after the Civil War. She finally returned to Cincinnati in 1869, a free woman. She had not forgotten Ward and sued him the following year.

The trial began only after eight years of litigation, leaving Wood to wonder if she would ever get justice. Now, she watched nervously as the 12 jurors returned to their seats. Finally, they announced a verdict that few expected: “We, the Jury in the above entitled cause, do find for the plaintiff and assess her damages in the premises at Two thousand five hundred dollars.”

Though a fraction of what Wood had asked for, the amount would be worth nearly $65,000 today. It remains the largest known sum ever granted by a U.S. court in restitution for slavery. 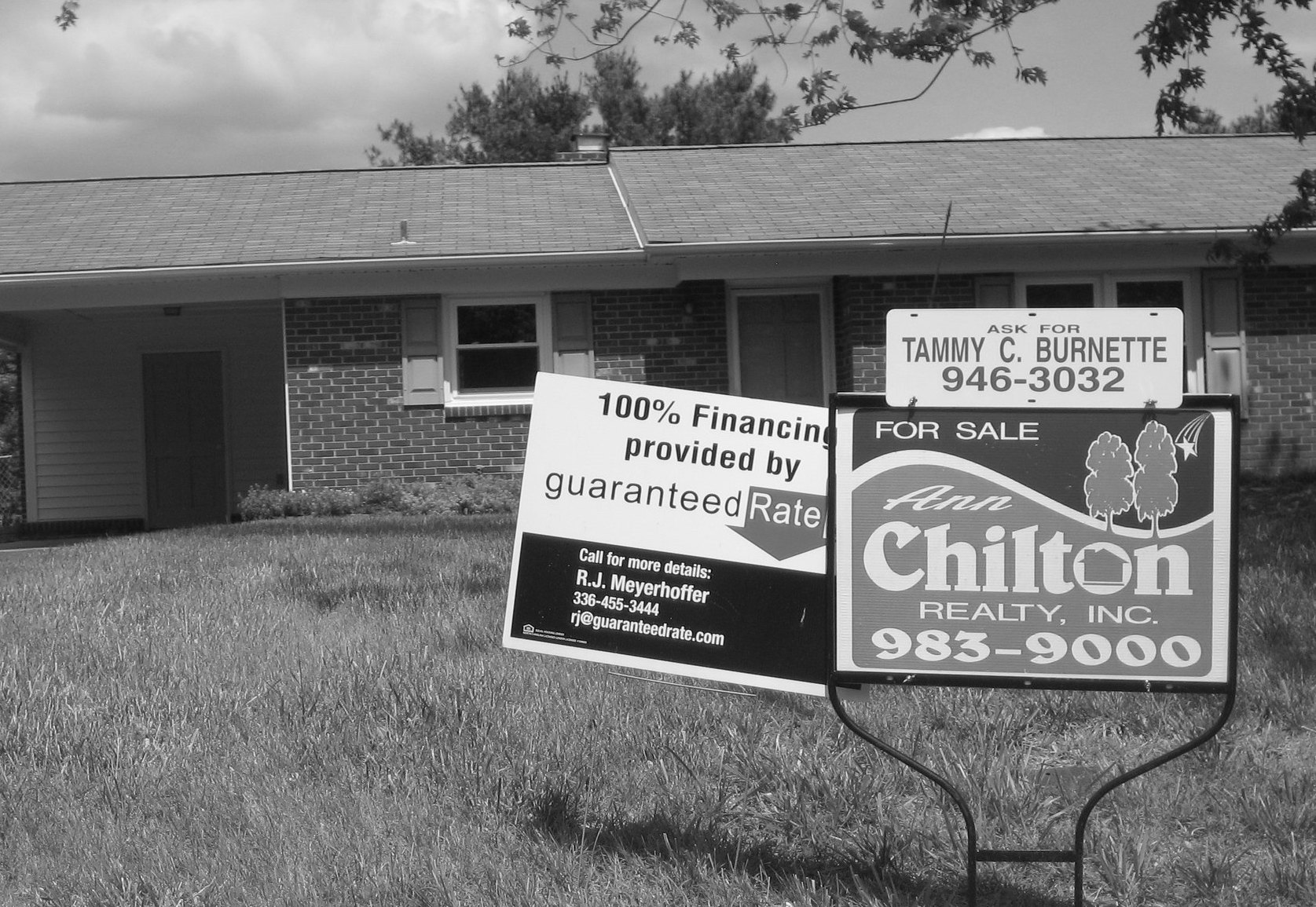 In January 1973, George Romney, Nixon’s enigmatic Secretary of Housing and Urban Development, administered an open-ended moratorium on its 1968 initiatives to open up single-family homeownership to low-income borrowers by providing government-backed mortgages. The experiment to make homeownership accessible to everyone ended abruptly with massive foreclosures and abandoned houses, but the questions ignited by these policies persisted. Some analysts insisted that the failure of HUD’s homeownership programs was proof positive that poor people were ill equipped for the responsibilities of homeownership.

And they insisted that it more specifically implicated low-income African Americans as “incapable” homeowners. Others pointed to HUD’s obvious mismanagement of these programs as the real culprit in their demise, and, importantly, how the programs gave an industry already known for its racial bias new opportunities to exploit low-income African-Americans. But the lessons from HUD’s experiment were muddled by other economic sensibilities, including the commitment to private property and the centrality of homeownership to the American economy.

Today, homeownership, even for low-income and poor people, is reflexively advised as a way to emerge from poverty, develop assets, and build wealth more generally. The historic levels of wealth inequality that continue to distinguish African Americans from whites are powerful reminders of how the exclusion of Blacks from this asset has generationally impaired Black families in comparison with their white peers. Owning a home as a way to build wealth is touted as an advantage over public or government-sponsored housing. It grounds the assumption that it is better to own than rent. And the greatest assumption of all is that homeownership is the superior way to live in the United States. This, of course, is tied to another indelible truth that homeownership is a central cog in the U.S. economy. Its pivotal role as an economic barometer and motor means that there are endless attempts to make it more accessible to ever-wider groups of people. While these are certainly statements of fact, they should not be confused as statements on the advisability of suturing economic well-being to a privately owned asset in a society where the value of that asset will be weighed by the race or ethnicity of whoever possesses it.