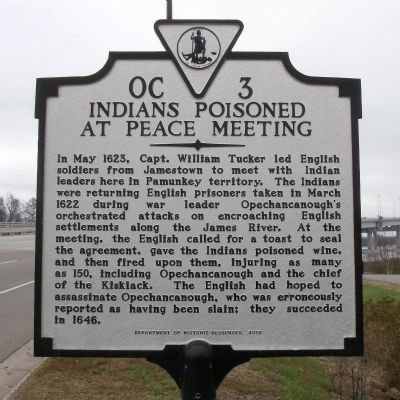 In May 1623, Capt. William Tucker led English soldiers from Jamestown to meet with Indian leaders here in Pamunkey territory. The Indians were returning English prisoners taken in March 1622 during war leader Opechancanough’s orchestrated attacks on encroaching English settlements along the James River. At the meeting, the English called for a toast to seal the agreement, gave the Indians poisoned wine, and then fired upon them, injuring as many as 150, including Opechancanough and the chief of the Kiskiack. The English had hoped to assassinate Opechancanough, who was erroneously reported as having been slain; they succeeded in 1646.

Other nearby markers. At least 8 other markers are within 3 miles of this marker, measured as 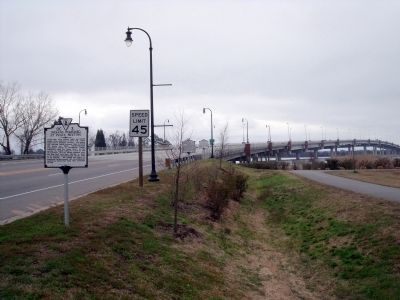 2. Wikipedia article on Opchanacanough. (Submitted on March 23, 2019, by Mark Hilton of Montgomery, Alabama.) 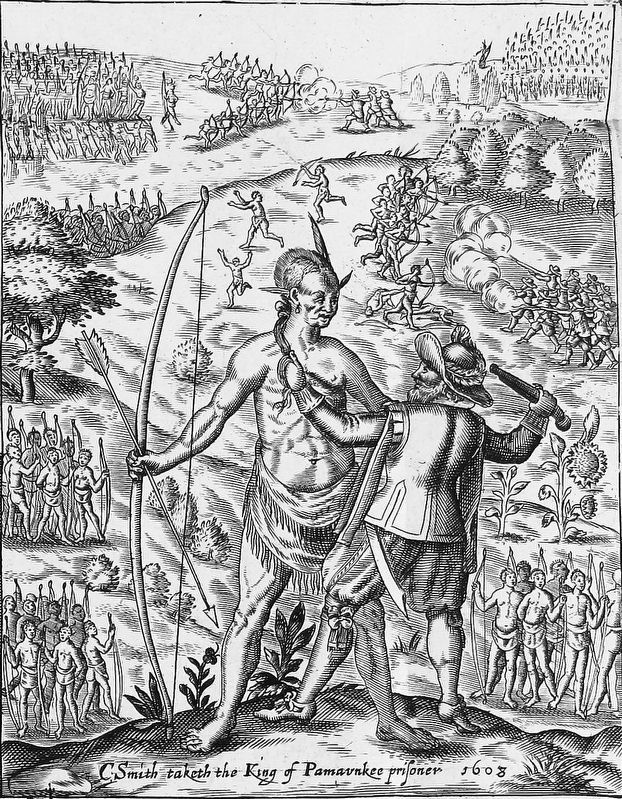 By Public domain (PD)
3. John Smith taking the King of Pamunkey (Opechancanough) prisoner.
The image of Opechancanough is based on a 1585 painting of another native warrior by John White.

More. Search the internet for Indians Poisoned At Peace Meeting.