Andrew Johnson back in spotlight for 1868 impeachment brush 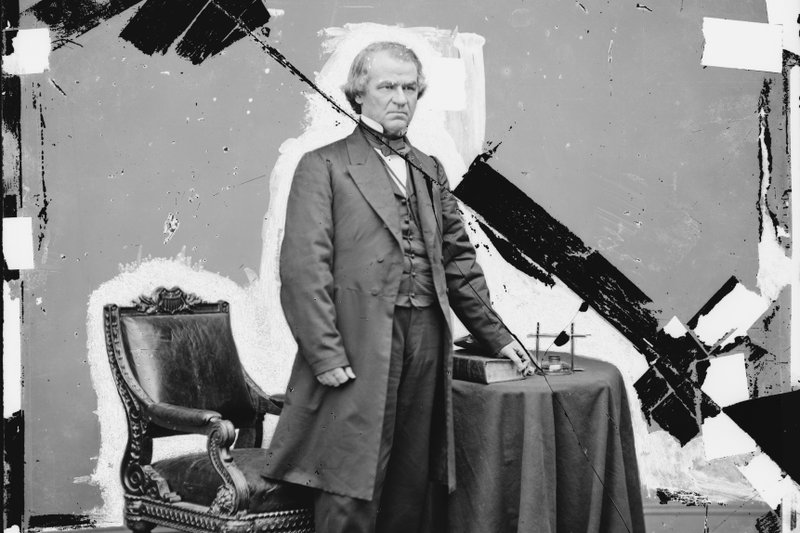 The president traveled the country, fanning racial animus. He viewed the Congress with disdain. He also tried to undo some of the most important achievements of his predecessor, using executive power.

That was not Donald Trump, but another president who faced the ignominy of impeachment: Andrew Johnson.

As the impeachment inquiry of Trump unfolds, Johnson, never among America’s most famous presidents, though widely considered one of the worst, is attracting renewed attention.

Johnson was the first president to be impeached, by the House of Representatives in 1868. He escaped removal from office by a single vote short of the required two-thirds after his trial in the Senate, but was so disgraced he was denied his party’s nomination that year.

Trump and Johnson came from opposite ends of America’s social spectrum — Johnson from deep poverty, Trump from great wealth. Yet they shared bellicose personalities, a disdain for political niceties, and a penchant for divisive, sometimes racist rhetoric.

Jon Meacham, a presidential historian who wrote a chapter on Johnson’s case in a recent book on impeachment, has drawn a harsh comparison after Trump suggested that four activist Democratic congresswomen of color “go back” to countries “from which they came.” Coupled with other statements by Trump, Meacham says Trump “now ranks with Andrew Johnson as perhaps the most racist of our presidents.”