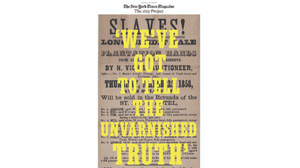 Over the centuries, the two most persistent physiological myths — that black people were impervious to pain and had weak lungs that could be strengthened through hard work — wormed their way into scientific consensus, and they remain rooted in modern-day medical education and practice. In the 1787 manual “A Treatise on Tropical Diseases; and on The Climate of the West-Indies,” a British doctor, Benjamin Moseley, claimed that black people could bear surgical operations much more than white people, noting that “what would be the cause of insupportable pain to a white man, a Negro would almost disregard.” To drive home his point, he added, “I have amputated the legs of many Negroes who have held the upper part of the limb themselves.”

These misconceptions about pain tolerance, seized upon by pro-slavery advocates, also allowed the physician J. Marion Sims — long celebrated as the father of modern gynecology — to use black women as subjects in experiments that would be unconscionable today, practicing painful operations (at a time before anesthesia was in use) on enslaved women in Montgomery, Ala., between 1845 and 1849. In his autobiography, “The Story of My Life,” Sims described the agony the women suffered as he cut their genitals again and again in an attempt to perfect a surgical technique to repair vesico-vaginal fistula, which can be an extreme complication of childbirth.