Showing posts from May, 2019
Show all

An Artist’s Critique of Colonialism in Brazil Centered on Brazil’s northeastern region, Jonathas de Andrade’s One to One dramatizes exchanges between the colonizer and colonized, between the haves and have-nots. Commissioned by the MCA for the exhibition, de Andrade’s “ Jogos dirigidos ” (Directed games) (2019) plays with the conventions of educational films. The film documents a community with an unusually high prevalence of deafness in the isolated town of Várzea Queimada, in which people communicate through an unofficial form of sign language. De Andrade leaves many of these gestures untranslated, providing glosses of some afterwards, like so many video flashcards. Since only certain phrases are defined, it is difficult to follow the thread of the story, allowing the film’s subjects to hover between intelligibility and incomprehensibility in a way that underscores our shared humanity while acknowledging the very real barriers that divide us. Through “Jogos dirigidos” and its
Post a Comment
Read more 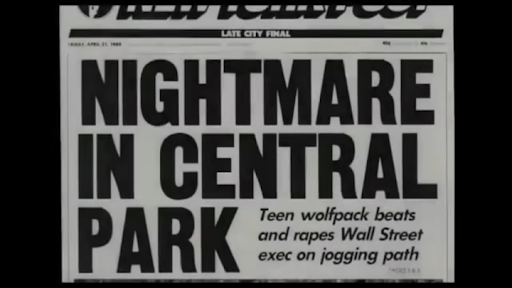 When They See Us is now streaming on Netflix. The Central Park Five is available to stream on various platforms. MUST SEE: Ava DuVernay's When They See Us Is a Brutal Look at a 30-Year-Old Injustice
Post a Comment
Read more

How activists used photography to help end slavery Matthew Fox-Amato, April 24, 2018, The Washington Post It seems it’s not a protest in the age of social media without a photograph. From the women’s marches to Black Lives Matter protests to sit-ins for a Green New Deal on Capitol Hill, participants have flooded the digital landscape with photos of their activism: demonstrators brandishing signs and packing America’s streets, plazas and corridors of power. But while social media makes this act of sharing protest imagery seem like a new innovation, it's actually an organizing tool with roots almost two centuries old. Antebellum abolitionists pioneered the use of photography as a tool for social movements, and in the process, they heightened their sense of solidarity and urgency, exacerbating the political crisis over slavery. Abolitionists understood that building a movement meant making themselves visible. Early photography offered a bracing new tool for th
Post a Comment
Read more
More posts