Showing posts from December, 2018
Show all

Committing to Anti-Racism in Galleries of European Art

Amidst a surge in white supremacist violence across the country, the time has come to reconsider how American museums are presenting European art. “Globalization,” “interconnectivity,” and “diversity” are more than museum “buzzwords”; they are the battles white supremacists are fighting. BIG READ: Committing to Anti-Racism in Galleries of European Art #Whitenationalists and American #NeoNazis want the rest of us to see them as legitimate social and political movements Beware of #Greeks Bearing Gifts: How Neo-Nazis and Ancient Greeks Met in Charlottesville | https://t.co/hXsbHuKxXk pic.twitter.com/HzKr964XKl — Origins (@OriginsOSU) July 22, 2018
Post a Comment
Read more 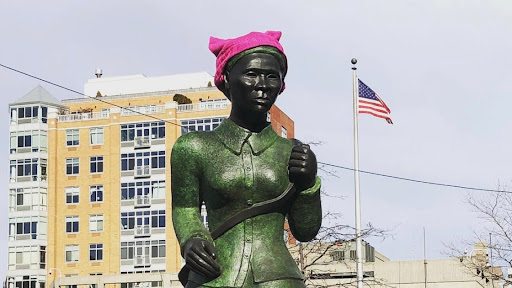 The recruitment of historical figures into contemporary mores and fashions is a tic of the Women's March movement, a yearning not just for a better future but for a neater past. READ: The Day Harriet Tubman Wore a Pink Pussyhat | The New Yorker
Post a Comment
Read more 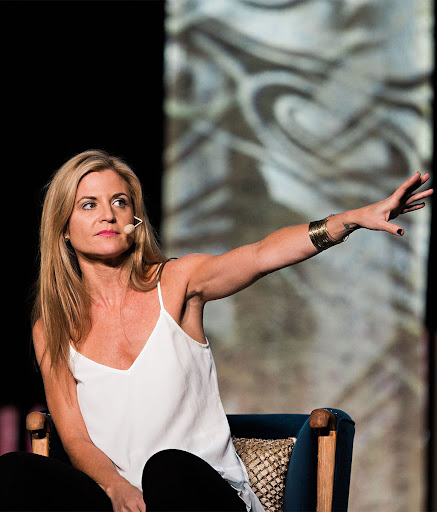 Right before she got onstage at one predominantly white church, the leaders warned her against speaking in support of Black Lives Matter. She did it anyway. “What happens at a lot of churches is, ‘Come, be funny, don’t bring up your politics,’” she says. “Which is so hilarious because Jesus was, like, the most political person on Earth.” Doyle makes that point repeatedly, and also ensures that white women feel seen in their own struggles by acknowledging how uncomfortable it can be to speak openly about race. One of her favorite hashtags, #wecandohardthings, serves as both reassurance and call to action. A sign at the 2017 Women’s March in Los Angeles that went viral read, “I’ll see you nice white ladies at the next #BlackLivesMatter protest, right?” READ: Glennon Doyle Is Coming To Get The White Women
Post a Comment
Read more

In The News: Vandalism of Frederick Douglass statue

What we know now about vandalism of Frederick Douglass statue Sean Lahman and Sarah Taddeo, December 17, 2018, Rochester Democrat and Chronicle The vandalism of a Frederick Douglass statue has provoked outrage throughout the Rochester community and leaves a number of questions unanswered. John R. Boedicker, 20, of Endicott, Broome County, and Charles J. Milks, 21, of Kenmore, Erie County, were charged Sunday with fourth-degree criminal mischief, a misdemeanor, Rochester Police Investigator Jackie Shuman said. Officers responded just after midnight Sunday morning to the intersection of Alexander and Tracy streets after reports that a pair of individuals had broken the statue from its base and were attempting to leave the scene with it. Here are some of the questions that people are asking about the incident. continue... ** Overlooked No More: Elizabeth Keckly, Dressmaker and Confidante to Mary Todd Lincoln Nancy Wartik, December 12, 2018, The New York Times I
Post a Comment
Read more 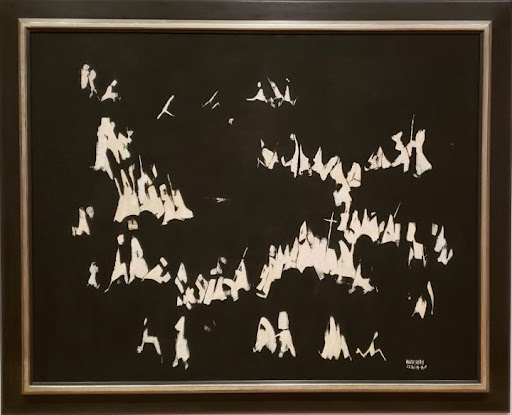 All of this evocative chromatic movement subtly conveys the development of the Black Power movement that first took frank stock of the stark contrast between the nature of the lives of Black and White people given the concerted violence (political, social, economic, physical) meted out to Black people in defense of White supremacy. BIG READ: Finding the Heart of a Nation in Generations of Black Art
Post a Comment
Read more

Loot: a movement to investigate the cultural artifacts stolen

Gold and gilded copper crown with glass beads, pigment and fabric, made in Ethipoa (1600–1850) (all images © Victoria and Albert Museum, London) Quartz reports that “Perhaps for the first time in Kenya’s history, there’s a movement to investigate the cultural artifacts stolen and kept outside the country’s borders.” The initiative is one of many recent efforts to repatriate objects . Abdi Latif Dahir writes: Funded by the German cultural institute in Kenya, the program seeks to create a first-of-its-kind inventory of Kenyan artifacts held in public institutions abroad. Once the objects are identified in museums in Germany, UK, and the US, the aim is to get these works to Kenya and feature them in permanent or temporary exhibitions. Ethiopia Calls on London Museum to Repatriate Objects Looted 150 Years Ago
Post a Comment
Read more

Soul of a Nation: Art in the Age of Black Power 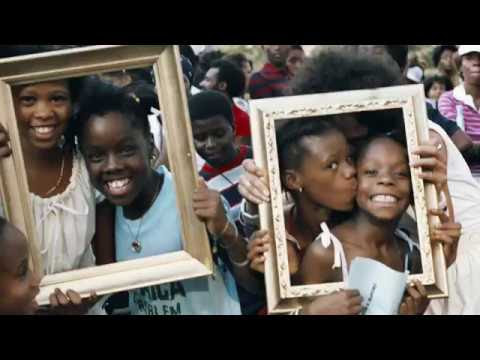 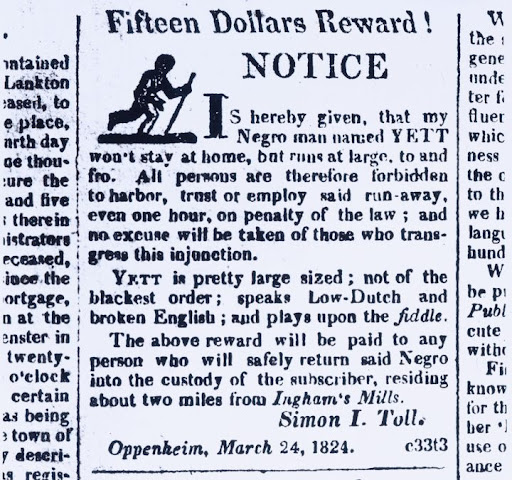 Green Book. I almost liked it. https://t.co/mRFPWDUdqD pic.twitter.com/2KtIJeqA1W — A. Movies (@AssholeMovies) December 16, 2018 Meanwhile, this is the white guy’s story, written by a white guy, directed by another white guy, with Oscar buzz somehow reserved for the white actor who dropped the n-word at a screening for the film. This is the kind of Best Picture nod meant to appease diversity problems, but it’s more about white comfort than black experience. Movies like Sorry To Bother You , Blindspotting , Blackkklansman , and even Black Panther , are better movies with more to say, and they’re told with black voices, which is why they’re more easily overlooked. But fuck white comfort. This shit should make us uncomfortable. If you’re talking about racism and worried about hurting white people’s feelings, you’re doing it wrong, and it’s time to stop. - Jay
Post a Comment
Read more

'There were Africans in Britain before the English came here': how Staying Power shook British history “The very serious function of racism is distraction ,” Toni Morrison argued in a lecture in Portland, Oregon, in 1975: It keeps you from doing your work. It keeps you explaining, over and over again, your reason for being. Somebody says you have no language and you spend twenty years proving that you do. Somebody says your head isn’t shaped properly so you have scientists working on the fact that it is. Somebody says you have no art, so you dredge that up. Somebody says you have no kingdoms, so you dredge that up. None of this is necessary. There will always be one more thing. For the longest time the central distraction for black Britons was insisting on our existence. That we were black was unarguable. That we were in Britain was acknowledged if only to be contested. But the notion that we could be black and British, both from this place and in our
Post a Comment
Read more

Senegal  has opened the  Museum of Black Civilizations  to the public, spanning 14,000 square meters of floor space. The innovative institution regards Brazil, the United States, and the Caribbean as Black civilizations in their own right, and maps the trans-Atlantic slave trade and its diasporic implications throughout history. Among its first exhibitions are artworks from Mali, Burkina Faso, Cuba, and Haiti. The museum is 52 years in the making — Senegal’s late president Leopold Sedar Senghor first proposed the idea at a festival of black artists in Dakar in 1966, but the museum’s construction was halted before a Chinese investment of $34.6 million. The museum opens in the wake of Senegal’s public request for the repatriation of its objects looted through colonial imperialism. [ Africa.com ]
Post a Comment
Read more 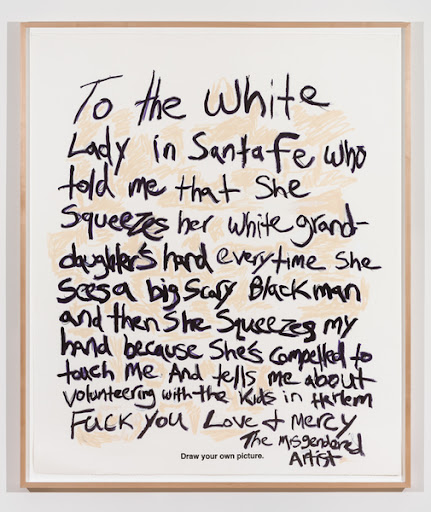 New York-based artist Sable Elyse Smith (b.1986, Los Angeles, CA). Smith’s practice interrogates the predatory nature of the US carceral state and how the concepts of innocence and guilt in the larger cultural context perpetuate carceral capitalism’s livelihood. Smith’s video work incorporates found video footage from popular media to confront the language and imagery that feeds the carceral state and fashions the idea of criminality in our social imaginary. READ
Post a Comment
Read more

Slave Bible From The 1800s Omitted Key Passages That Could Incite Rebellion (audio) Michel Martin, December 9, 2018, National Public Radio On display now at the Museum of the Bible in Washington, D.C., is a special exhibit centered on a rare Bible from the 1800s that was used by British missionaries to convert and educate slaves. What's notable about this Bible is not just its rarity, but its content, or rather the lack of content. It excludes any portion of text that might inspire rebellion or liberation. Anthony Schmidt, associate curator of Bible and Religion in America at the museum, says the first instance of this abridged version titled,  Parts of the Holy Bible, selected for the use of the Negro Slaves, in the British West-India Islands , was published in 1807. continue...
Post a Comment
Read more

We the People: Your Freshmen Congresswomen Recite the Preamble to the Constitution https://t.co/tsMZlhQa7G via @ELLEmagazine — TraceHentz (@StonePony33) December 6, 2018 https://www.elle.com/culture/career-politics/a25384258/congresswomen-preamble-video/ On November 6, 2018, 35 new women were elected to the U.S. House of Representatives, making this incoming class the most diverse by race and gender in the body’s 230-year history. They join nearly 70 women incumbents, resulting in over 100 women representatives. To commemorate the milestone, ELLE.com captured 27 of these Congresswomen-Elect reciting the preamble to the Constitution.
Post a Comment
Read more

The manuscript was almost published a couple of times. One editor expressed enthusiasm, then abruptly passed. Oxford University Press offered the author — Julius S. Scott, a young historian who had just completed his doctorate at Duke — a contract, along with suggestions for significant revisions. Scott could have made the changes, argued with Oxford, or taken his chances with another press. Instead he set it aside. And there it stayed for three decades. The Common Wind: Afro-American Currents in the Age of the Haitian Revolution , which traces networks of communication among slaves and sailors in the Caribbean and beyond, was completed in 1987, and it will be published for the first time this month by Verso. To be clear, this is not the story of a publisher’s dusting off an obscure gem: The Common Wind   has long been revered by historians. Over the years, it’s been passed around, first in photocopies and later as a PDF. In 2008 the University of Michigan at Ann Ar
Post a Comment
Read more 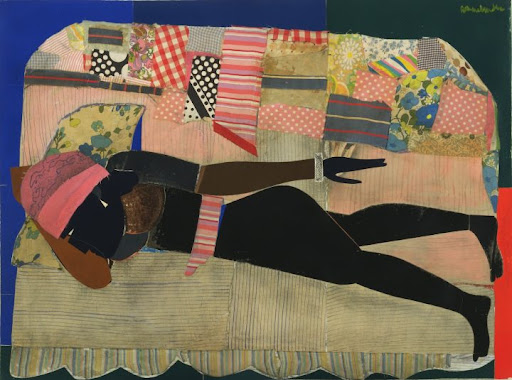 Recently a number of female and male black artists, many American, some French, have radically deconstructed the traditional schema of the active male artist depicting a passive female model, questioning its assumptions about gender and race. And so the most interesting part of the exhibition is this third part, the presentation of the black modernists, for here we enter relatively unfamiliar territory. GOOD READ: Deconstructing Race in Western Painting
Post a Comment
Read more

Our Hero James Baldwin who died today in 1987 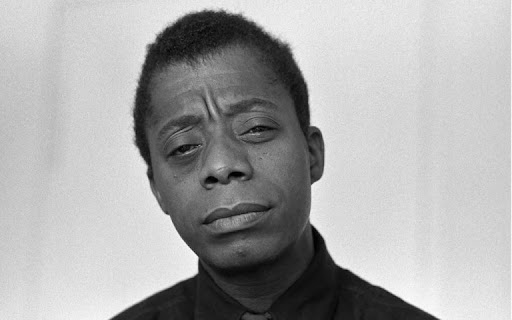 The Doom and Glory of Knowing Who You Are: James Baldwin on the Empathic Rewards of Reading and What It Means to Be an Artist READ Maria Popova “A society must assume that it is stable, but the artist must know, and he must let us know, that there is nothing stable under heaven,” James Baldwin (August 2, 1924–December 1, 1987) wrote in his classic 1962 essay “The Creative Process.”   By then, he was already one of America’s most celebrated writers — an artist who shook up the baseboards of society by dismantling the structures of power and convention with unflinching fortitude, dignity, and integrity of conviction.
Post a Comment
Read more
More posts