1968 and the longest military occupation of a U.S. city since the Civil War 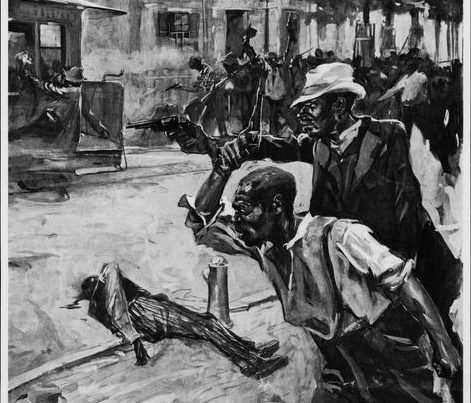 On April 8, 1968, several hundred residents of Wilmington, the largest city in the state of Delaware, marched through the streets in solemn remembrance of Martin Luther King Jr., whose funeral was held the following day in Atlanta, Georgia. Roughly 1,500 mourned that day, as they streamed in from various corners of the city—including all the city’s high schools—to converge on Rodney Square in downtown Wilmington. As the day’s events came to an end, some mourners expressed their grief and rage in the same way that many across the country had since King’s assassination four days prior—they unleashed violence on the symbols and systems closest to them that had enacted violence against them and against Black America more broadly. This uprising did not end the way the others had. At its close, this city, in which African Americans constituted roughly 40% of the populace, came under a nine-month occupation, “the longest military occupation of a U.S. city since the Civil War.”
READ: The 1968 Occupation of Black Wilmington – AAIHS
Big Isms
LT
Author, Mosaic Artist, Blogger, wildly curious