The Criminalization of Black Children 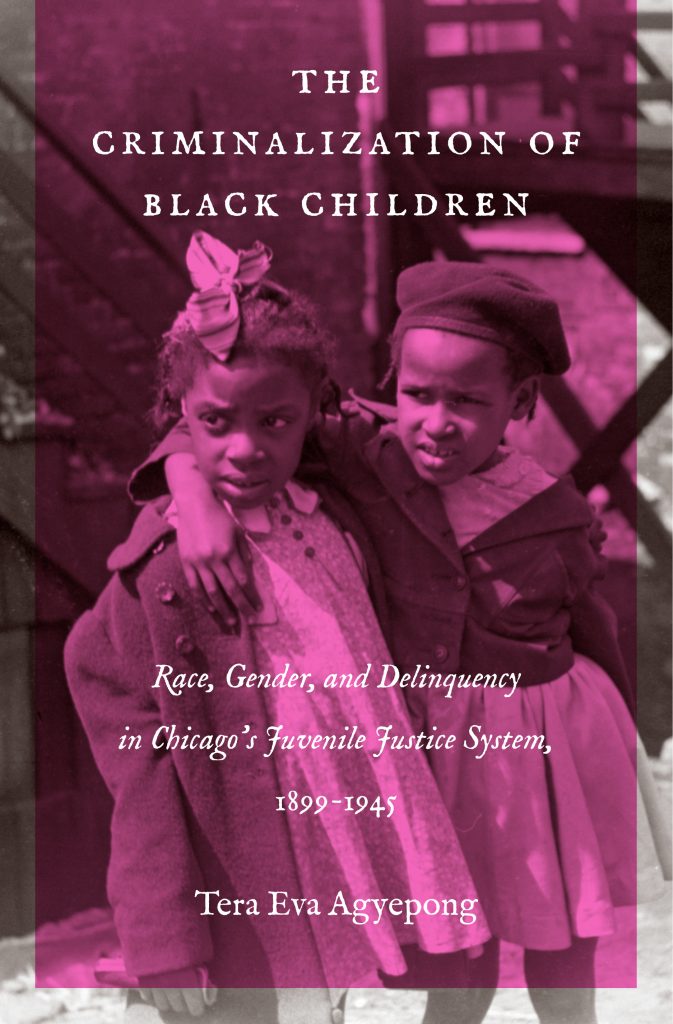 In the late nineteenth century, progressive reformers recoiled at the prospect of the justice system punishing children as adults. Advocating that children’s inherent innocence warranted fundamentally different treatment, reformers founded the nation’s first juvenile court in Chicago in 1899. Yet amid an influx of new African American arrivals to the city during the Great Migration, notions of inherent childhood innocence and juvenile justice were circumscribed by race. In documenting how Blackness became a marker of criminality that overrode the potential protections the status of “child” could have bestowed, Tera Eva Agyepong shows the entanglements between race and the state’s transition to a more punitive form of juvenile justice. In this important study, Agyepong expands the narrative of racialized criminalization in America, revealing that these patterns became embedded in a justice system originally intended to protect children. In doing so, she also complicates our understanding of the nature of migration and what it meant to be black and living in Chicago in the early twentieth century.